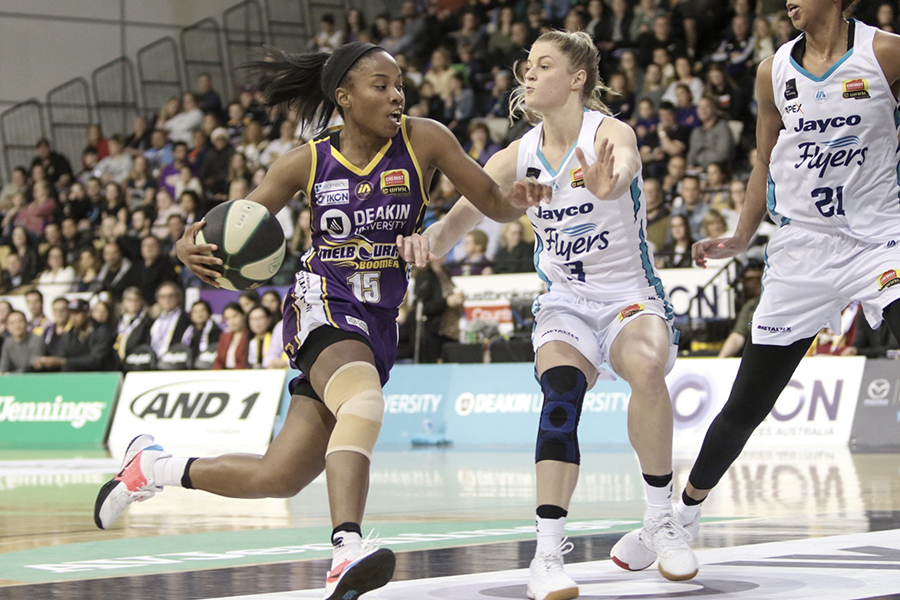 While the Southside Flyers have already secured the Michele Timms Cup for 2019-20 this Sunday’s clash with Melbourne will be as important as ever, as the Boomers try to soar to equal top of the WNBL ladder with us.

GET YOUR FLYERS-BOOMERS TICKETS FOR THIS SUNDAY HERE

The Flyers have won both of the rivalry matchups with the Boomers this season, defeating them 81-74 on November 4th and doing the same at home on December 12th.

Each of these wins pushed Melbourne down a spot on the WNBL ladder but the Boomers just keep coming back, making this the third top-of-the-table clash between these two Victorian teams.

The Boomers have really struggled to deal with the length of Mercedes Russell inside the paint so far, with the Flyers centre controlling each game on both ends. Averaging 16.5 points, 10 boards and 2 blocks in these Michele Timms Cup clashes, Russell will need to be slowed down if the Boomers are to have a shot at taking down our Southsiders.

But that will be easier said than done against a hungry Flyers squad who are coming off a 1-1 west coast roadtrip last week. While we managed to tame the Lynx we couldn’t stop the Lightning from striking on Sunday,  falling for just the third time this season in an electric 104-93 game.

Cheryl Chambers will have undoubtedly drilled the Flyers on their defensive scheme all week after allowing Adelaide to pile on the points and we expect the Flyers to come out even more fired up than usual…not that they need an excuse to be pumped up for a Flyers-Boomers clash!

For the Flyers the key will be shutting down Boomers point guard Lindsay Allen, whose playmaking ability hurt Southside significantly despite Melbourne’s two defeats. If Allen can be slowed down at the State Basketball Centre the Flyers should be able to make that three, having too much firepower for the Boomers to keep up with.

Either way it’s going to be another sold-out thriller, see you there Flyers Family!