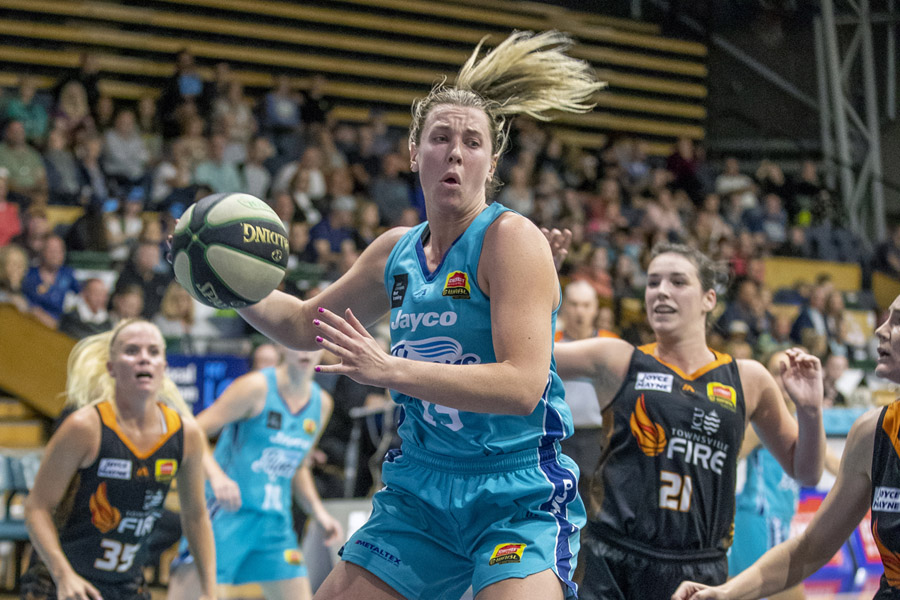 Round 9 was fine for the Jayco Southside Flyers who won at home then away to extend their buffer at the top of the Chemist Warehouse WNBL ladder.

After defeating Townsville Fire at Dandenong Stadium on Friday night then heading to the nation’s capital and beating the reigning champs UC Capitals, the Flyers boosted their season record to 12-1.

Coach Cheryl Chambers was delighted with the weekend and her team’s efforts and said it was important to take care of business at home first and not be distracted by Sunday’s showdown with Canberra.

FLYERS VS. FLAMES THIS SATURDAY – GET YOUR TICKETS NOW

“The girls did a really good job executing (on Friday) because I didn’t allow us to focus on Canberra before then, it was all about Townsville because we didn’t want to drop that game because they’re talented and we really respected them,’’ she said.

“Given Canberra already had a win over us on our home floor we wanted to keep the series alive.

“We think they’re a great team so it was really, really important to get that win. We would have dug a bit of a hole if we had have lost twice in a row.”

Bec Cole was lively against the Caps with a game-high 21 points, 12 of which she sunk in a huge final term. Mercedes Russell stormed out of the blocks scoring 11 points in the first term and finished with another double-double of 17 points and 10 boards. Leilani Mitchell (15 points, 7 rebounds, 2 assists) was clutch against her former side.

In the opening leg of the Flyers weekend, captain Jenna O’Hea registered a team-high 17 points and 5 assists against the Fire. Sara Blicavs teamed 13 points with 8 rebounds, Russell (12 points, 8 rebounds) and Cole (12 points) played their roles to perfection plus Anneli Maley impressed with a double-double.

The Jayco Southside Flyers will now look to finish off 2019 with a bang as they take on the Sydney Uni Flames in what will be their last game of the year. Get ready for plenty of Christmas fun and giveaways Flyers Family, we’re bringing the holiday cheer to what’s sure to be another thrilling WNBL battle!