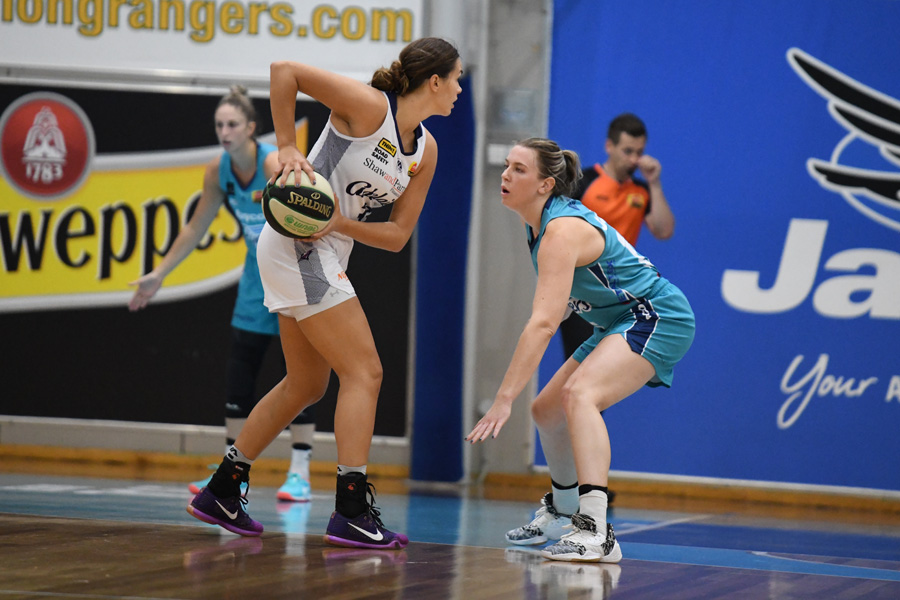 Tale Of The Tape: How The Flyers Locked Down The Lightning To Win Game 1

After securing our Top 4 spot many weeks ago the WNBL Finals finally arrived on Tuesday night, with Flyers-Lightning Game 1 living up to all the hype!

While we were a bit slow out of the gates the Flyers’ strong second half push saw them take down the Adelaide Lightning, grinding out a slow paced, defensive battle to take an 1-0 series lead. In this week’s Tale Of The Tape we take a look at how we soared back in the second half and slowed down the Lightning’s offense:

Aimie Clydesdale Locked in on D

With Adelaide struggling to get the ball in the hoop in the second half, the Lightning looked to attack the Flyers’ newest starter Aimie Clydesdale. Boy, was that a mistake. Aimie was glued to her assignment, hounding them whenever they touched the ball. In the 11 possessions that ended with Clydesdale defending the shooter, the Lightning managed just 2 points, good for 0.18 points per possession (PPP). The Flyers guard contested every Lightning shot and forced late adjustments on shots in the paint. Adelaide only managed to make 1 of their 5 shots at the rim vs Clydesdale, including 0/3 in the second half.

Coach Chambers wasn’t able to keep Aimie on the bench for long in the second half. With Clydesdale on the court in the second half, Adelaide scored the ball at a 0.55 PPP clip. Without her, they scored 0.83 PPP, well above their total game average of 0.74.

With both teams finding it near impossible to score in the half court, the Flyers found success pushing the pace. At times it was ugly for Southside, only scoring the ball at a 0.76 ppp rate for the entire game. However, in the 12 possessions they managed to leak out in transition the Flyers put up 19 points, good for more than double their average points per possession for the game.

The Flyers made sure their opponents did not enjoy the same relief to their half court struggles, prioritizing getting back on the defensive end quickly. Even though the Lightning had 7 more attempts in the fast break than Southside, they struggled to score, equaling the Flyers’ transition total of 19 points.

Mercedes Russell, One Step Ahead

Mercedes showed why she was just named the Robyn Maher Defensive Player of the Year award winner, stifling the Lightning from their point of attack. When Russell’s assignment went out to initiate a pick and roll with the ball handler, Mercedes was a step ahead, shutting down passing lanes and closing off angles to the hoop. Mercedes quickly decided if she should drop back into the paint or switch onto the ball handler based on Adelaide’s personnel, completely shutting down the pick and roll. In the 9 plays that ended with Russell defending a pick and roll, the Lighting scored 0 points.

Catch all the Flyers-Lighting Game 2 action LIVE from 7:00PM on Fox Sports Ch. 506 and Kayo Sports, to sign up for a FREE 14-Day Kayo trial visit: https://kayosports.com.au/