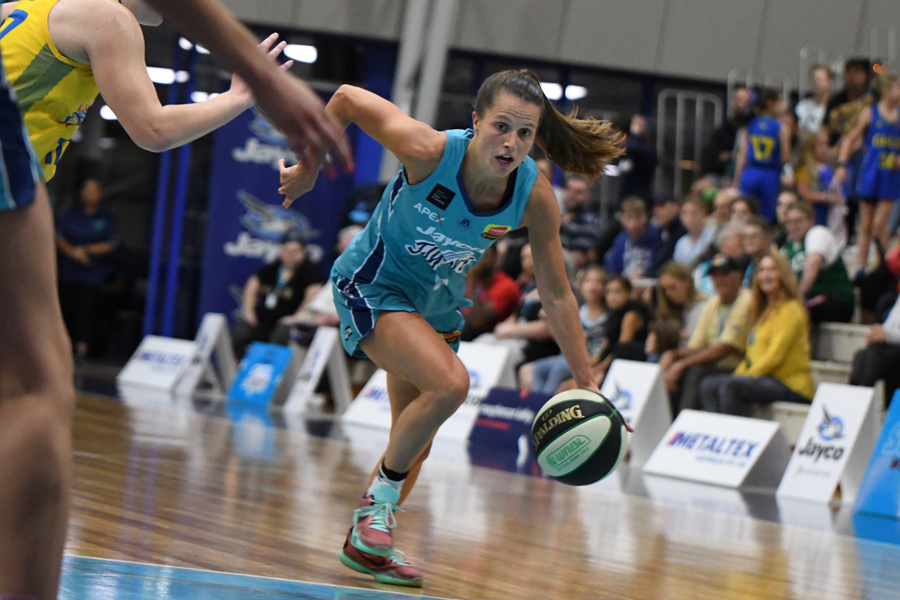 Tale Of The Tape: Southside Shoot Too Hot For Flames

The Southside Flyers capped off their regular season with an impressive 78 – 61 victory over the Sydney Uni Flames on Saturday night at Dandenong Stadium.

With the top seed in the finals locked up, the Flyers’ showed off their depth by giving 11 different players over 10 minutes on the court. Here’s an in-depth look at who stepped up for the Flyers, and how they put out the Flames.

With the game still up for grabs, the Flyers blasted out of the gates to start the second half with rookie Amy O’Neill at the point guard position. When O’Neill played with at least one starter, Southside was unstoppable, scoring on 11 of their 13 trips down the court. Amy helped push the tempo, guiding the Flyers to 5 fast breaks in the first 6:25 of the third quarter, a stretch that saw them outscore Sydney by 18.

It wasn’t just the offense that improved when O’Neill was on the court with the starters. The Flames simply could not score on the O’Neill–Russell combination, scoring on just 3 of their 13 possessions.

In fact, the Flames had more turnovers (4) than made shots (3). To top it all off, Amy played lockdown on-ball defense, with the Flames failing to score on any possession that ended with O’Neill as the primary defender.

Sydney Uni simply had no answer for the Flyers inside, posing almost no threat to Southside’s dynamic duo in the front court. Blicavs (8/8) and Russell (8/10) had their way with the Flames’ bigs, shooting 89% from the floor combined.

Both players did most of their damage down low, but Blicavs in particular was unstoppable in the low post. In the 4 possessions that ended with Sara posting up, Blicavs created 8 points for her team, racking up 2 assists and scoring 4 points herself.

In a game where Sydney Uni was already having a tough time scoring, Southside refused to give them any second chances. The Flyers came down with an impressive 84% of all possible defensive rebounds. When Mercedes Russell was on the court the Flames had almost no hope of getting an offensive rebound, with Mercedes guiding the Flyers’ to a fantastic 88% defensive rebound rate.