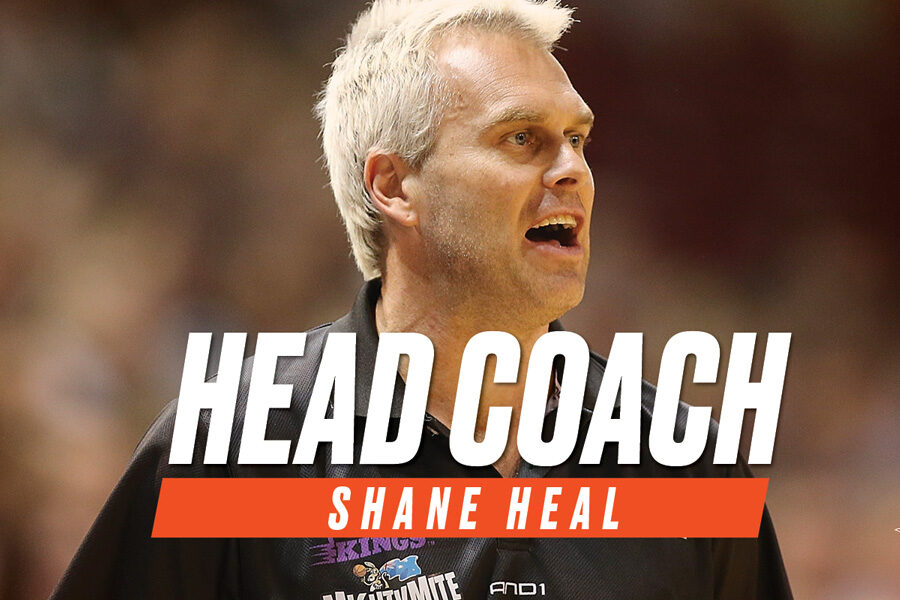 While he is most widely known by basketball fans for his extensive playing accomplishments, Heal has built an impressive coaching resume since the conclusion of his playing career, and has a strong track record and passion for women’s basketball and the development of elite talent.

His appointment comes off the back of an extensive review of the past season and is part of a long term plan to grow the Flames program both on and off the court, particularly with a spotlight firmly placed on women’s basketball leading into the FIBA Women’s World Cup being hosted in Sydney in 2022.

Brydens Sydney Uni Flames Owner Paul Smith said: “When you think Sydney basketball Shane Heal is usually a name that is part of the equation.  Welcoming Shane back into the Kings-Flames family only reinforces our commitment to tapping into the talent around us.   Shane has a long, impressive history with representing Sydney, and it is a return in many respects with both the Kings and Flames now both sitting together under a single ownership structure”.

“Not only does he have great experience to lead the Flames on the court, but he is well equipped to help us develop them off of it. He has a great understanding of NSW basketball through his own elite coaching programs and having had two daughters come through the systems”.

“We have a tremendous opportunity for growth right in front of us with the Women’s World Cup being played in Sydney next year, and we believe Shane is the right person to help us capitalise on that”.

As a player, Heal represented Australia at four Olympic Games, two World Cups, and among his greatest highlights, captained the Kings to its first ever NBL Championship in 2003.

He got his first taste of coaching while as a player-coach for former NBL side, the South Dragons in 2006 where he spent two seasons. As Head Coach of the Sydney Kings, he coached the Club to their first finals appearance in eight years and came within one game of returning them to the finals the following season.

In 2014 he coached the Wellington Saints to an NZNBL Championship, before taking on his first WNBL Head Coaching role with the SEQ Stars in its inaugural season in 2015.

Most recently he has spent three years leading the women’s program for the Sutherland Sharks in the BNSW Waratah League (recently re-named to NBL1 East), including a Grand Final appearance in 2018.

Incoming Brydens Sydney Uni Flames Head Coach Shane Heal said: “I’m really excited for the journey ahead with the Flames and can’t wait to get started. After hearing Paul Smith talk about his vision for the club it was a natural fit with my passion for coaching and developing women’s basketball”.

“I am a proud girl-dad, so the opportunity to lead the Flames back to its rightful place atop the women’s sporting landscape is something I’m deeply committed to fulfilling.”

With an impressive coaching and playing resume behind him, it is however Heal’s work in discovering and developing elite female basketballers that he is most proud of today. Heal runs his own Elite Basketball Development clinics, and as part of his role will spearhead a soon to be launched Flames Academy to ensure both a pathway for talented juniors and encouragement of all young girls to participate in the sport here in NSW.

Heal is excited to be re-joining the Kings-Flames basketball family while focusing on his true passion, the growth and development of women’s basketball.