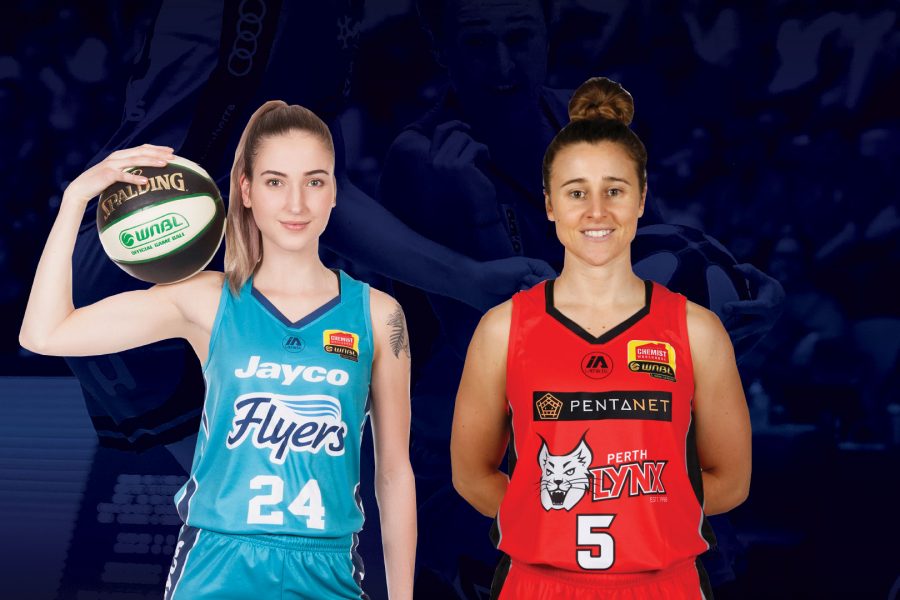 The talented pair are the first players to be announced under the Club’s new ownership Total Sport and Entertainment (TSE) who took over the reigns in March, and also own NBL powerhouse the Sydney Kings.

Hailing from Adelaide, Mansfield joins the Flames after two seasons with the Perth Lynx where she averaged 10 points and 5 assists per game during the 19-20 WNBL season.

In 2015, she joined the newly formed SEQ Stars, leading the club to a finals berth and earning a top-10 finish in the WNBL Most Valuable Player voting, before continuing her dominant play in 2016 with the University of Canberra Capitals.

She was named in the Rio Olympics Opals squad in 2016, and went on to represent Australia as the starting point guard at the 2017 FIBA Asia Cup where she helped the Opals claim a silver medal.

Mansfield was looking forward to heading to Sydney this season to continue her career.

“I am very excited to be joining the Flames” Mansfield shared.

“After speaking with Katrina, who emphasised building a good culture with a mix of young talent and experienced players, I thought Sydney would be a great fit for the further development of my basketball career” Mansfield said.

The 21 year-old will add a strong presence around the rim for the Flames after not only taking out the Youth Player of the Year award for the 2019 NBL1 competition, but also leading the league in rebounds. She averaged 20 points and 15 rebounds per game for Diamond Valley which also saw her receive an NBL1 MVP nomination.

Maley was looking forward to continuing her development at the Flames.

“I’m super excited to be a part of the Flames family, and I can’t wait to play a role in the versatile and the hardworking group that Katrina and the Club are putting together” Maley said.

Flames Head Coach Katrina Hibbert was also excited to be welcoming both Lauren and Anneli to Sydney.

“Lauren Is a crafty left-hander who will bring instant leadership into the PG position with her experience from years in the WNBL and as an Opal representative.  She is a tough competitor at both ends of the court so I know we will have the ability to extend our defence and disrupt up the floor this season which excites me.”

“Offensively she’s just as tough, with the ability to hit from range and then attack the rim to score under pressure or come up with a no-look pass to a teammate. She will be fun to watch” Hibbert shared.

“Anneli joins us from last season runners up Southside. She’s known for her athleticism, energy, effort, and rebounding abilities – just to name a few” Hibbert shared.

“I’m looking forward to welcoming her into our program this season as she is a natural leader through her approach to basketball on and off the court.  It’s going to be wonderful to see her continue her development and continue to blossom under a style of play that will compliment her versatility” said Hibbert”.

Mansfield and Maley join Lauren Scherf as contracted players for the upcoming WNBL season which is set to tip-off on November 20. More player announcements will be announced over the coming weeks.