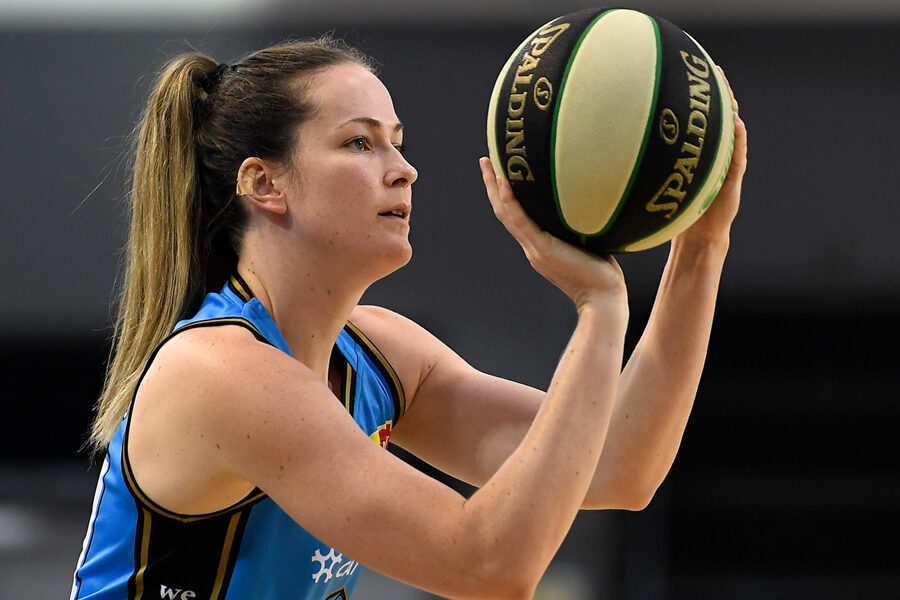 The Brydens Sydney Uni Flames are thrilled to announce the signing of Keely Froling ahead of the upcoming 2021-22 WNBL season.

Hailing from Townsville, the talented forward spent four seasons with the Townsville Fire as a development player before heading over to college at SMU in Texas. Upon returning to Australia she has spent the last five seasons with the Canberra Capitals.

Following a hugely successful WNBL20 campaign in which she averaged 17 points and 11 rebounds a game and helped lead the Caps to a Grand Final series, Keely is excited to continue her career in Sydney with the Flames.

“I’m so excited to be playing with the Flames for this season under Shane. I think the style of play and team he is recruiting suits my game perfectly and I’m ready to get there get to Sydney and get to work” Froling said.

An integral member of the FIBA Oceania U16 and U17 teams in 2011 and 2012, Froling already has a wealth of experience representing the green and gold. Most recently however she was named in Australia’s FIBA 3×3 squad for the upcoming FIBA Olympic Qualifying Tournaments being held in Gaz, Austria later this month.

Flames Head Coach Shane Heal was looking forward to welcoming the 25-year-old into Sydney’s line up.

“Keely is an exciting signing for us as we continue to build the franchise, culture and new direction of the Flames” Heal said.

“I’ve known Keely since she was born, and she brings the sort of character and mindset to the Club that helps build success. She will play a leadership role for us and I’m confident she will take her game to another level this season”.

“Keely was sought after by most teams during free agency in the WNBL which is a testament to where she is headed in her career. Her toughness and skill set will become a huge strength for our team, and we are very excited to have her joining us in Sydney” Heal said.

Froling is currently dominating the NBL1 South League for the Launceston Tornadoes where she is averaging 34 points and 16 rebounds per game.