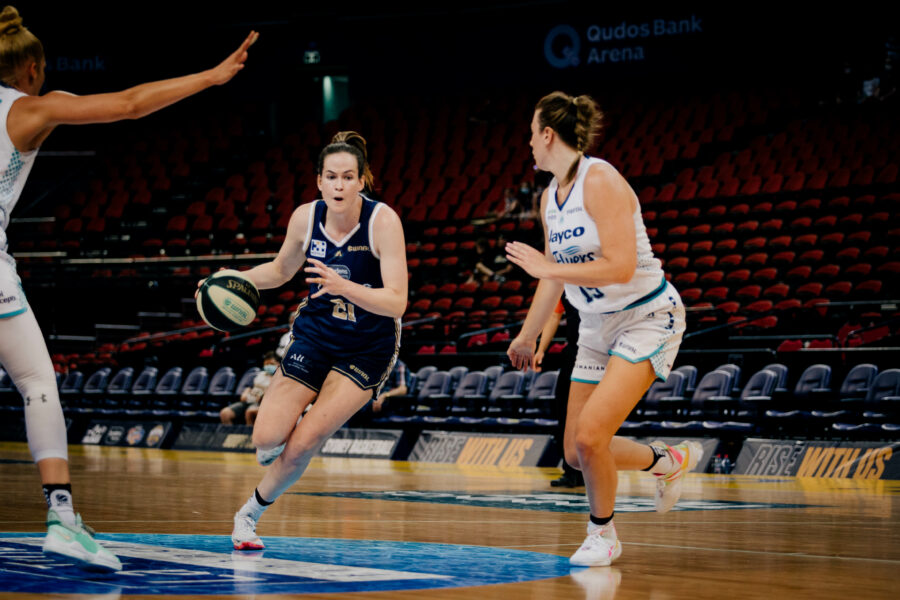 ‘I’m really excited to be back’: Froling re-signs for Flames

The Brydens Sydney Uni Flames have secured a key piece of their line-up, announcing Keely Froling has signed on for a second season with the WNBL club.

The 26-year-old was the joint winner of the Flames’ MVP last season with Shyla Heal and forms another foundation piece for next season.

“I’m really excited to be back,” Froling said.

“Last year didn’t go the way we wanted it to go, but I loved playing under Shane and I got better personally, so I’m coming back to win a championship and hopefully next year is the year.”

Flames coach Shane Heal was delighted to get Froling locked away for another season.

“Keely is part of our foundations at the Flames. Her improvement over last season was immense as was her leadership over a tough season that including lots of challenges thrown our way,” Heal said.

“Keely will once again play a critical leadership role as we look to build our roster for next season. We make no secret of aiming to making the playoffs for the first time in six years and seriously compete for a championship.

“We now have a quality core group of local players to build with in my second year at the Flames. I can’t wait to work with Keely again next season.”

Froling believes the Flames have set the groundwork for an improved showing next season.

“We played without an import and Loz (Lauren Mansfield) only played a handful of games so we were down three starters most games and sometimes four,” Froling said.

“The fight we showed as a group and the belief I have in Shane and the ownership, that’s what made it a no brainer for me to come back.”

Froling is once again playing in Tasmania in the off-season, playing NBL1 for the Launceston Tornadoes and domestically in the NWBU for the Burnie Tigers.

She will return to Sydney next month to go into camp for the Opals ahead of a series against Japan.