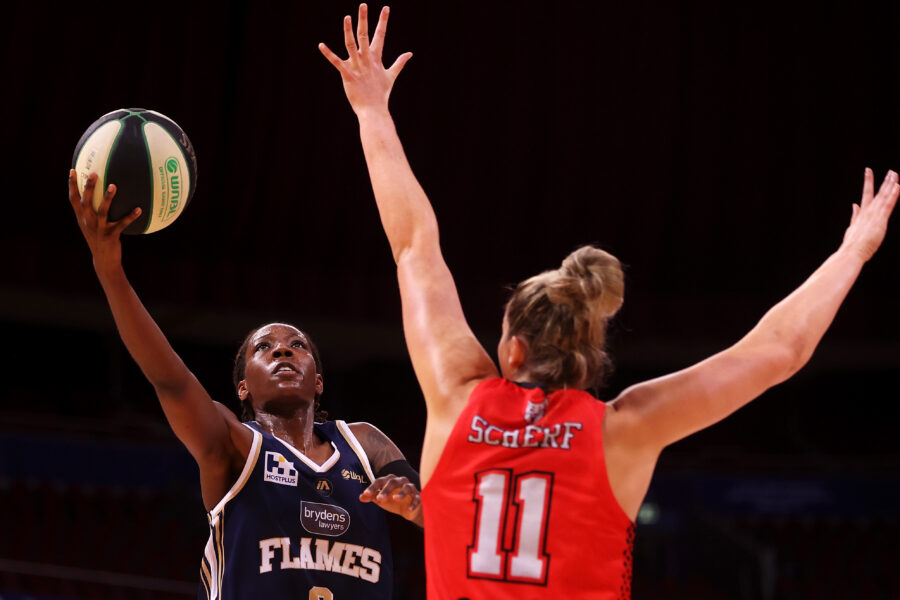 The Brydens Sydney Uni Flames have granted a release for American import Rennia Davis after being bought out by a team in the Israeli WBL. The club wishes Rennia the best of luck in Israel.

Davis will not suit up for tonight’s game against the UC Capitals in Canberra.

Davis joined the Flames as a replacement import for Steph Watts, who went down with a season-ending knee injury in training.

Davis was drafted at No. 9 by the Minnesota Lynx in the 2021 WNBA Draft, but missed the entire WNBA season after sustaining a stress fracture in her foot in the pre-season.

Shaquita Snow, who was on a trial stint with the team, will also be released.

The Flames, who scored their first win of the season on Tuesday night against Bendigo, will also take on the Southside Flyers at Qudos Bank Arena on Sunday.

The game will tip-off at 12.30 pm and be part of a double header with the Sydney Kings, who take on the Perth Wildcats at 3 pm.