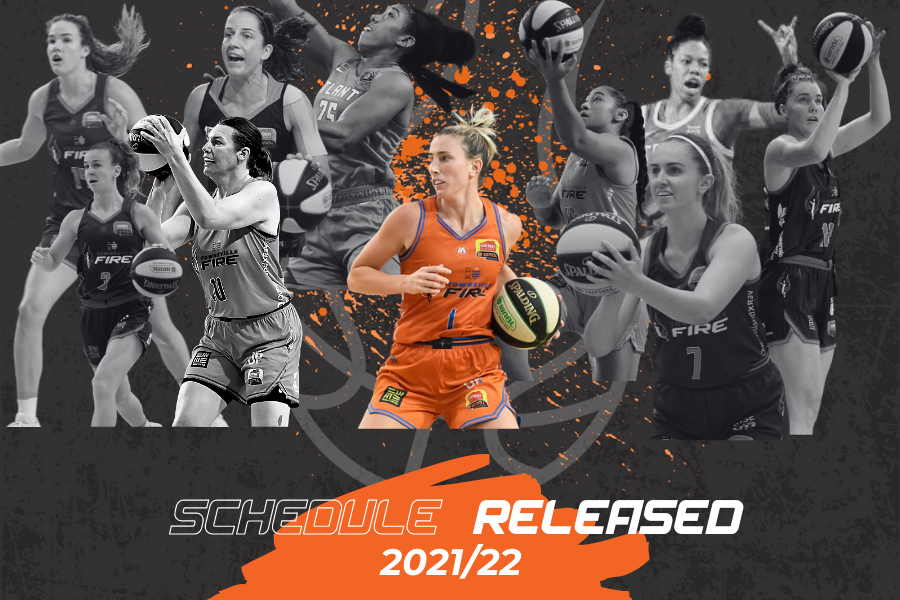 Fire fans – get excited as the WNBL release the 2021/22 season schedule which will see the return to a Home & Away fixture, with 10 games set for the Fire Pit.

Your 2020 Grand-finalists will begin the season on the road for a double header against the Lightning and the Lynx, before heading home to play their first game at their new home ‘The Fire Pit’

The Townsville Fire’s General Manager, Sam Pascoe is excited to have a schedule to share with our loyal fans and members, it has been a long off- season and we know that our fans have been waiting for this announcement, we want to thank them for their continued support and understanding as Basketball Australia, the clubs and the players worked through so many issues to ensure we are able to return to playing a full season.

Head Coach Shannon Seebohm is looking forward to the season getting started,

The JCU Townsville Fire roster for the 2021/22 WNBL Season