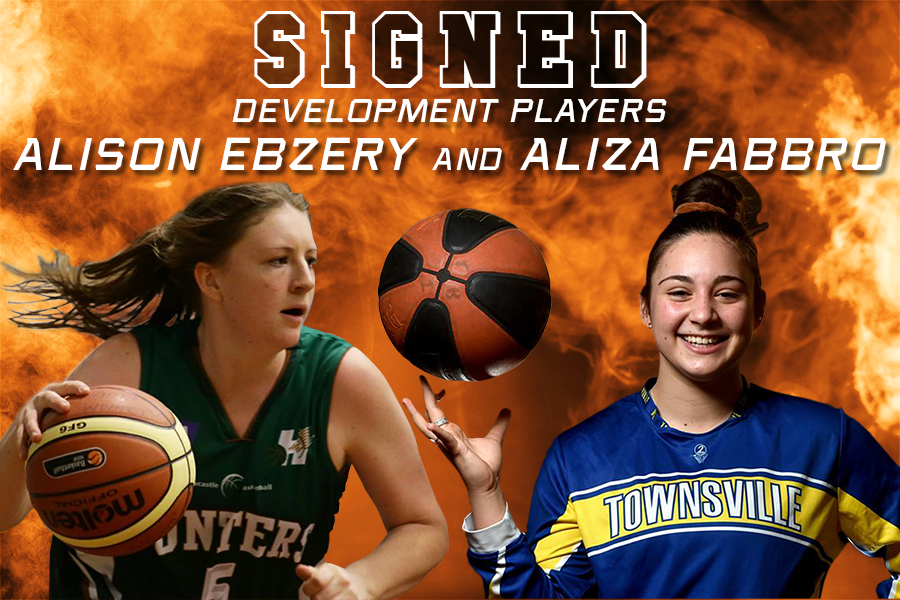 Development and pathways remain focus of the Fire

The JCU Townsville Fire are excited to announce the signing of two promising young athletes, Aliza Fabbro and Alison Ezbery to development contracts for the 2019-2020 Chemist Warehouse WNBL season.

Coming through the ranks of the JCU Townsville Fire Academy, Burdekin Local Aliza Fabbro had a breakout season with the Townsville Flames in the QBL and has well and truly earned her spot with the JCU Townsville Fire, Grabbing the attention of the Fire head Coach Shannon Seebohm almost by accident ” I watched alot of the Townsville Flames games this season with both Bishop and Cocks apart of the team and Aliza stood out to me straight a way, she is a great shooter of the ball and and I am excited to work with her in the upcoming season.

Fabbro played a large role for the Flames, averaging 7.65 points per game including a double-double with 17 points and 10 rebounds against Logan. .

Alison Ezbery, a small forward from Newcastle, is no stranger to working with Head Coach Shannon Seebohm, Ezbery was apart of the Newcastle Hunters Championship season.” Ally has so much potential and is an Elite WNBL defender, who just needs some polish added to her attack, she has huge potential to be a fulltime WNBL player in the future, Ally is a hardworker and great person to have around the team.