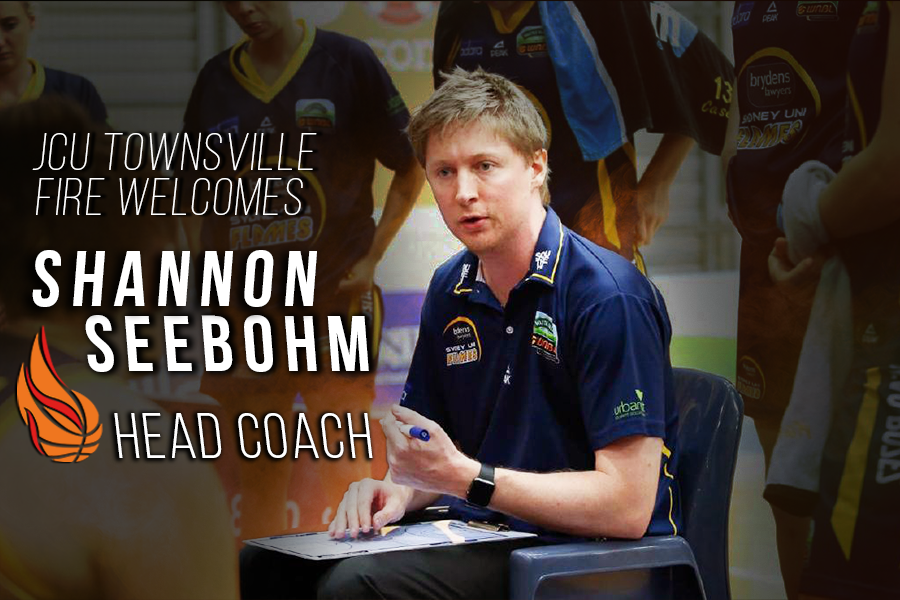 The JCU Townsville Fire are pleased to announce that Opals Assistant Coach Shannon Seebohm has been appointed as Head Coach for the next three seasons.

Seebohm is an experienced Head Coach with an impressive resume, having coached the Australian Sapphires to a bronze and gold medal at the last two FIBA Under-17 World Championships, was WNBL coach of the year in 2014-15 at the age of just 26 after taking the Sydney Uni Flames to the play-offs in his rookie season, and is the current Head Coach of the Women’s Australian World University Games team, he will take over the role of Head Coach following the resignation of Championship wining Coach Claudia Brassard.

Seebohm brings a wealth of knowledge to the Fire having played for his country in the FIBA U/19 World Championships, attending the AIS and playing with the South Dragon’s in the National Basketball League before a health complaint stopped his promising career.

Upon accepting the role with the Fire, Seebohm said: “I am extremely excited to be named Head Coach of the Townsville Fire. The club has a rich history of success and I hope that I can play a Key role in continuing that tradition. I am looking forward to getting to know all the current players and finalising the playing roster in coming weeks.

JCU Townsville Fire General Manager Sam Pascoe is excited to secure a coach of Seebohm’s quality. “Shannon is an exciting coaching talent. His technical and tactical analysis of the game is excellent. I look forward to seeing the JCU Fire play an exciting, up-tempo and positive brand of basketball under the guidance of Shannon for the next three seasons.” Furthermore, Shannon’s team culture values and recognition of the importance of the local Townsville Community and the Fire’s role in it are a perfect fit for our club”