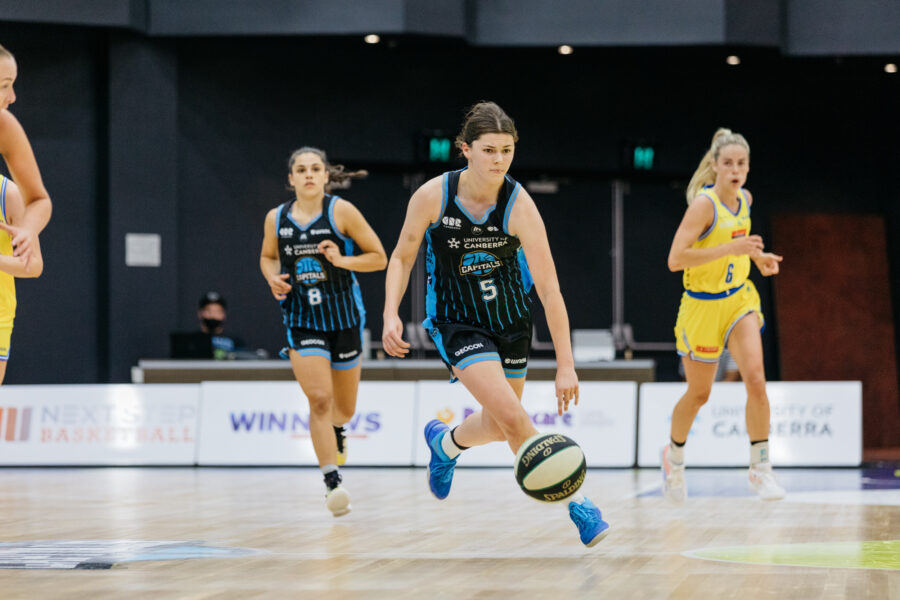 Jade Melbourne on the WNBA, Opals, and her future with the Capitals

What a week it’s been for Jade Melbourne.

The 19-year-old has realised not one but two dreams in short succession; drafted by the WNBA’s Seattle Storm and named in the Opals extended squad for their three-game series against Japan.

“The last 48 hours have been crazy,” Melbourne told media today.

“I’ve just been trying to just soak it all in, it’s always been two massive goals of mine to get drafted to the WNBA and be part of the Opals squad and play for them so to have that both announced in the same week, I couldn’t be happier, I’m on cloud nine.

“I’ve been overwhelmed by the amount of support and love people have shown me, people who have helped me along the way, friends from school, friends from back home, just everywhere. So many people have reached out and congratulated me so I couldn’t be more thankful for them.”

The guard was this week drafted to the Seattle Storm, but has chosen to delay her stint in the U.S., to give her time to further develop her strength and her game.

“I won’t head over there straight away… I told them Friday before the draft that I wasn’t going to be coming over immediately, I just want to another year to develop my game and improve and then give it a real crack at training camps.”

With a few camps pencilled in over the coming months, Jade will base herself out of Ballarat in the off-season, to play in the NBL1.

“The next couple months is about working on my individual skills, building strength in the gym, and then we have various camps in all different locations around Australia, so I’ll go to them, I’m just going to go there, put my best foot forward,” she said.

“I’m still young, I’m still learning so much along the way, so any chance I get to go to a camp I just embrace it and soak it up like a sponge and if I can get my name on that final roster to go to the World Cup and to have it in our own back yard, it would really be a dream come true.”