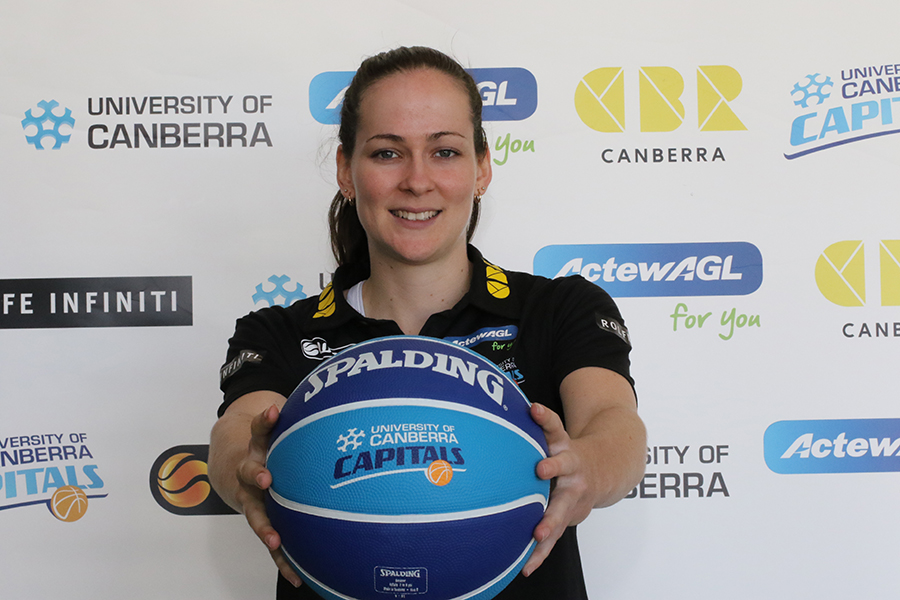 Keely commits to two more years with the UC Capitals

29 March 2018: The University of Canberra Capitals are delighted to announce the re-signing of Keely Froling for the next two seasons.

The 2018/19 WNBL season will be her third with the UC Capitals, with Froling joining the club in 2016 after two seasons of college basketball in Texas.

The 22-year-old said she is pleased to be continuing her career with the UC Capitals.

“I’ve loved playing for the UC Capitals and I’m excited to be returning for a third season. I’ve seen a big improvement in my game training with Paul Goriss and Nick Ball our strength and conditioning coach and I’m studying here too so it was a really easy decision.”

“We’ve got some big names coming in and I’m really excited to work with them. I’ve heard only good things about Kelsey and Leilani and Loz [Lauren Scherf] is still hanging around too and I love Loz, so I’m really excited about the team Paul is putting together.”

Froling will spend the WNBL off-season playing her second season with the Canberra Capitals Academy in the SEABL and is in her second year of a Bachelor of Physiotherapy at the University of Canberra.

She was also part of the emerging Australian Opals squad alongside Lauren Scherf. The side won gold at the World University Games in Taipei last August.

“I was really happy with how I went last season,” Froling said. “I think that gave me a lot of confidence, so hopefully I can take that and have a good SEABL season and a good WNBL season.”

Head coach Paul Goriss said he was thrilled to have Froling on his roster again.

“Last season was a breakout season for Keely and she keeps on going from strength to strength,” he said.

“She stepped up, especially at the defensive end, and shot the ball well from the three-point line. She showed tremendous consistency throughout the season. She’s a great player to have around this program.”

Froling is the fourth signing for the UC Capitals and joins Leilani Mitchell, Kelsey Griffin and Lauren Scherf on the 2018/19 roster.

“We’re going to be diligent with who we recruit and how we recruit and we’re trying to keep building our program to be a championship contender and be in the top four,” Goriss said.

“It takes time but we’re getting the right pieces together and Keely is another one of those huge pieces.

“She’s in a way one of our veterans because she knows the system and style of play, so she’ll play a big part in pre-season being able to help the other girls that come into our program.”