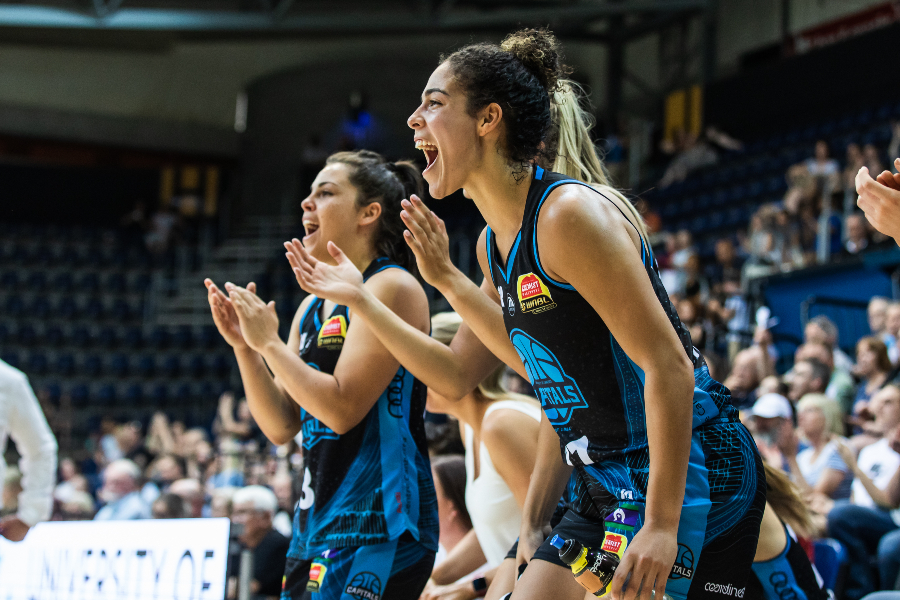 The UC Capitals will be shooting for more than just wins over the next few weeks as Kia Nurse, Kelsey Griffin and wife Erin commit to use the team’s points to support those affected by the bushfires.

Over the next five UC Capitals’ games, starting with tonight’s clash against the Bendigo Spirt, Nurse and the Griffins will donate $5 from every point made to the firefighters and the Salvation Army to help those directly impacted by the fires.

The pledge comes just hours after the WNBL and UC Capitals announced the cancellation of this Sunday’s home game due to smoke caused from the NSW bushfires.

Nurse, who initiated the challenge with a Tweet, said that she felt compelled to help her “home away from home”.

Australia has been my home away from home for the last 2 years thanks to the @WNBL …for our next 5 games starting tonight I will be donating $5 for every point my teammates and I the @UCCapitals score to support both the fire fighters and the victims.

“Australia has been so good to me for the last 2 years. I have been in awe that I’m fortunate enough to get to live and explore such a beautiful country. I have made lifelong friends and relationships and grown so much as a person,” said Nurse.

“My heart sinks every time I see the news about the devastation the fires have caused. I can’t even begin to imagine what’s it’s like for those evacuating leaving everything they have behind.

“As a basketball player I was always told to ‘control the controllable’. The aspects of the game and life that I could control is all I ever needed to worry about. Finding a way to support those in need during the darkest of times is controllable. I’m hoping this brings some awareness to the cause in both my home county Canada and where I play most of my basketball career in USA,” said Nurse.

Nurse is leading the league for points, averaging over 20 a game, and posted a career-high 32 points the last time the UC Capitals played Bendigo.

Shortly after Nurse made her pledge, the Griffins announced they will match the donation.

Love your initiative @KayNurse11 Such a great idea @Griffinkelsey23 and I will match it ❤️ https://t.co/eIIXk1Ub6x

“To be honest I didn’t really want it to be tweeted but then we thought about the awareness and initiative Kia’s tweet along with others have brought to the crisis that is the bushfires and aide needed,” said Kelsey Griffin.

“Erin and I had been talking about what we could do to help out for some time. Erin worked in the affected areas after Black Saturday in Victoria and knowing this fire is so much bigger, we can only imagine the devastation on the communities.

“We knew second-hand items wouldn’t be completely helpful right now and we weren’t sure how to help get supplies to the areas, so when Erin saw Kia’s Tweet, we knew matching it could be one of the ways we could help out.

“I love this country and want to do whatever I can to help however big or small it may be,” said Griffin.

The UC Capitals will release more information on how the club will support the bushfire relief efforts over the next week as discussions regarding the rescheduled game are due to commence.