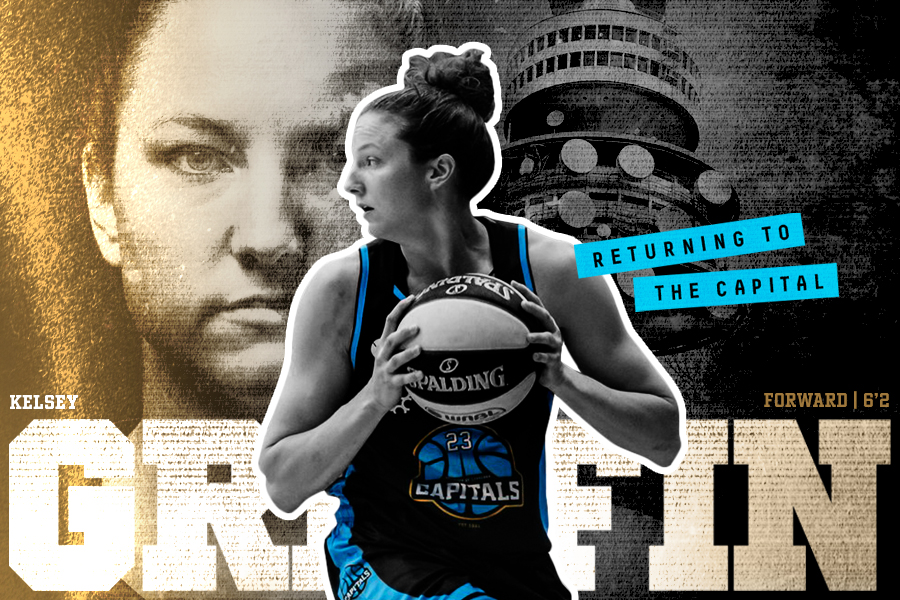 The 2019 league MVP and four-time champion, Kelsey Griffin, has re-signed with the UC Capitals for the 2020-21 WNBL season.

Griffin joins her co-captain of the past two seasons, Marianna Tolo, as the second player to re-sign with the Capitals as the WNBL Free Agency looms.

The duo ensures the team will have a wealth of leadership and veteran experience as the UC Capitals attempt a threepeat.

Head Coach Paul Goriss said it’s exciting to have both back-to-back leaders for another season.

“The success that Kelsey has had during her time here at the UC Caps is testament to her hard work, willingness to sacrifice and her winning mentality.

“The backbone of our team is Tolo and Griffin. They provide the on-court grunt, leadership and work ethic that drives others to be better. They both have different styles of leadership that works for them but they are both so critical to our success.

“Kelsey has proven her worth in the WNBL and with the UC Caps with her determination and never give up attitude alongside her basketball IQ. She continues to drive for excellence on court, in the gym, with her diet and preparation.

“This driving force is what makes her exceptional and a winner. She continues to play a very high level, and nobody out-works her. We are privileged to have Griffin back again on court with the UC Caps and in the Canberra community,” said Goriss.

Griffin had originally planned to start the offseason vying for a spot in Australia’s 3×3 team ahead of the Olympics, but she instead used the time to recover from shoulder surgery.

“This down time has been incredible for reflection. I have had a good chance to slow down and re-prioritise what is important to me. It’s been really good for me.

“It’s been great to hear the WNBL will be going ahead in November, I think it is one of the best competitions in the world and therefore is the perfect preparation for anyone wanting to be in their best form heading into an Olympics,” said Griffin.