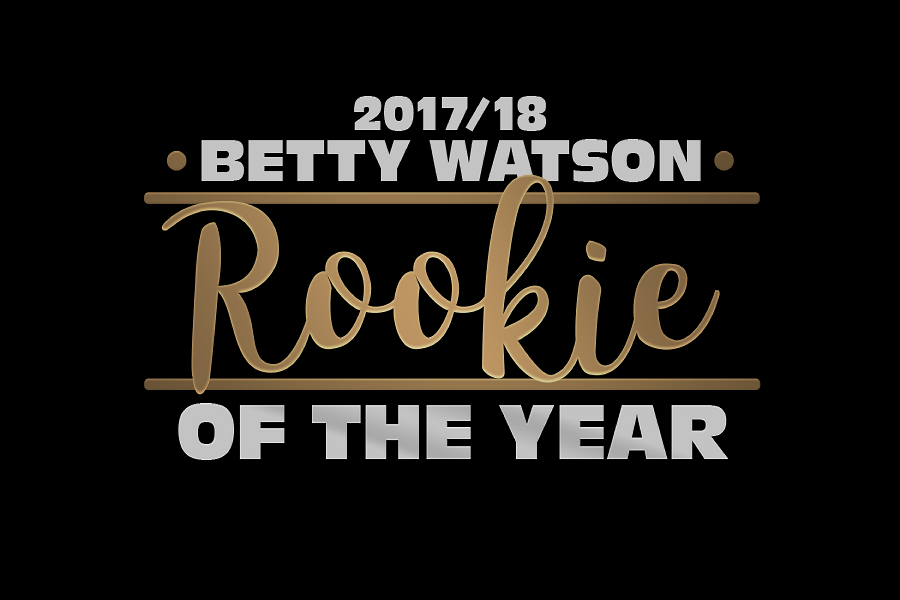 For the first time in the club’s history, a member of the University of Canberra Capitals has won the Betty Watson Rookie of the Year with Ezi Magbegor earning the award for 2017/18.

As voted on by captains and coaches of each team at the end of the season, Magbegor claimed 41 votes out of a possible 42 after playing 20 games in the 2017/18 season.

At the end of last year, she was honoured with the University of Canberra Vice Chancellor’s Award which identifies the student who combines the demands of study in conjunction with performances in other pursuits while achieving outstanding results across all disciplines.

“Before the season started, Sarah Conlon planned out with [coach] Paul [Goriss] and myself how our games and training sessions would work with exams and it worked out pretty well,” said Magbegor.

“Being organised and speaking to my teachers who were pretty lenient and understanding helped it work out.” This season, Magbegor averaged 6.6 points on 52% shooting, hitting the scoreboard in 17 contests while also reaching double-figures six times including a season-high of 16 points against Bendigo in Round 8.

She pulled down 3.8 rebounds per game and finished third for the Caps with a total of 26 offensive rebounds while her defensive work was just as remarkable.

With a team-high 1.2 blocks per game, Magbegor finished eighth in the competition and she was placed fifth for steals at the Caps with a total of 15.

“Coming off the bench was a different experience for me… but our starters said for us to always be ready,” said Magbegor.

“It’s hard to play against the likes of Liz [Cambage] and Suzy [Batkovic] but it’s definitely forced me to be stronger in the post and stand up against physicality.”

Already a star on the international stage following a World Championship with the Australian Under-17 Sapphires where the 193cm centre was also named the tournament MVP, Magbegor is now preparing herself for an Opals camp in Italy ahead of the Commonwealth Games.

Setting herself up for a dominant career in the WNBL, Magbegor looms as the backbone of the UC Caps’ resurgence as they aim to return to the playoffs next season.