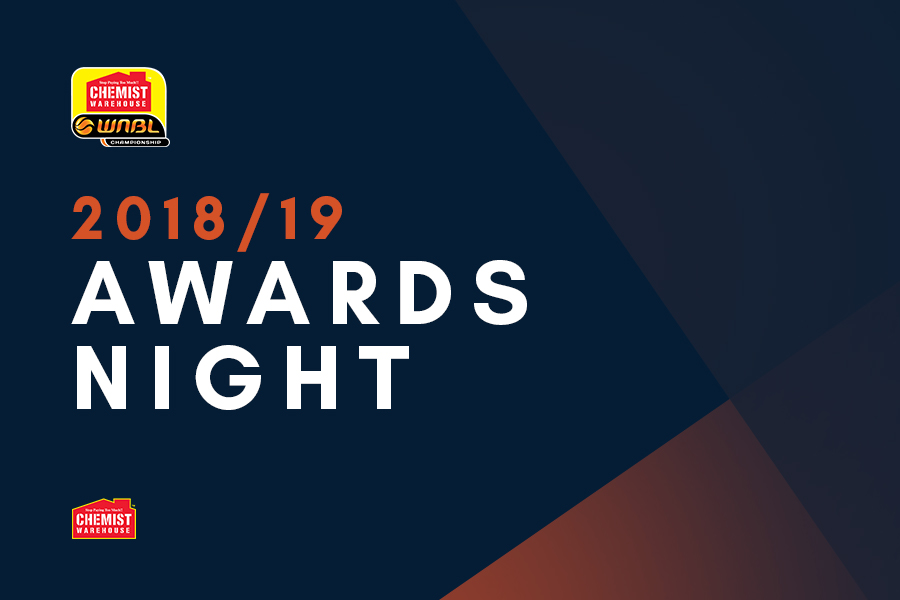 The 2018/19 Chemist Warehouse WNBL awards have been announced with Most Valuable Player, Kelsey Griffin, headlining the recipients.

The University of Canberra Capitals captain claimed her first MVP award, as voted by the coaches and head referee following each game through the regular season.

Griffin polled 119 votes out of a maximum 189, 20 clear of her closest rival after she averaged 19.3 points (third most in the league), 11.6 rebounds (first), 1.8 steals (fifth) and one block (eighth) per game while leading the competition for field goals made and offensive rebounds.

She was named to the Team of the Week on 11 occasions, Player of the Week twice and was the December Play of the Month in an incredibly consistent campaign for her first season with the UC Capitals.

Griffin’s MVP award follows three Rachael Sporn Grand Final MVP awards during her time with Bendigo in 2013 and 2014 and this season with the UC Capitals.

Griffin’s inclusion marks her third All-Star Five award for her career and first since 2016, Taylor has made her third consecutive appearance since debuting in the league in 2016 while Cole, Allen and Coffey have all made their first All-Star Five team.

Cole had an outstanding campaign in her first season with the Rangers, recording 19.4 points, (second in the league), 3.6 rebounds, 3.6 assists (ninth) and 2.1 steals (second) per game which were all career-high numbers.

Point guard import for the Boomers, Allen was an electrifying presence all season as she stood out among a team full of Chemist Warehouse Australian Opal talent.

She scored 18 points per game (equal-fifth overall) while shooting 52% from the field, 35% from beyond the arc and 86% from the free-throw line. Allen’s 5.2 assists per contest were good for fourth in the competition and she added a team-high 1.1 steals.

Coffey was another brilliant import, bringing her talents over from the WNBA and helping carry Adelaide back to the Grand Final.

Through the regular season, she averaged 18 points (equal-fifth overall), 8.4 rebounds (sixth) and 1.2 blocks (fifth) while Coffey drew more fouls than any other player in the league, attempting and hitting the most free-throws as well.

She made a successful transition from Sydney Uni to Perth, claiming the Top Shooter award after tallying 415 points at a league-best 19.8 per game, making 30 three-pointers on the season and also averaging 8.3 rebounds (seventh) and 1.9 steals (fourth).

Coach of the Year

Leading the Lightning to the Grand Final for the first time in over ten years, Chris Lucas was named the Coach of the Year.

Selected by coaches and captains at the end of the regular season, the honour is the first of Lucas’ career despite his resume containing two Championships and five Grand Final appearances.

Going from seventh on the ladder the previous year to third, Adelaide came together in the second half of the season to win 12 of their last 15 games and race into a finals position before falling in a three-game Grand Final series to the Caps.

In her second season with the Adelaide Lightning, Lauren Nicholson has completed her evolution into a dominant two-way player by winning the Robyn Maher Defensive Player of the Year award.

Voted by the coaches and captains at the end of the regular season, Nicholson received 25 votes out of a possible 42 as she put in a tireless and unrelenting defensive performance throughout the year as the anchor of Adelaide’s back court.

Often taking on the opposition’s best guard, Nicholson combined her speed, quick hands and strength to help the Lightning own the third best defence in the league and second-best perimeter defence while she finished second in the team for steals with a total of 23.

Having a career-season, Nicholson was also rewarded earlier this year with selection in the 2019 Chemist Warehouse Australian Opals squad.

Jaz Shelley of the Deakin Melbourne Boomers has edged out Sydney Uni’s Maddie O’Hehir to claim the Betty Watson Rookie of the Year award.

Again voted on by coaches and captains at the end of the regular season, Shelley is the second Boomers play from the past three years to earn the honour.

Working her way into Guy Molloy’s rotation during her first season, Shelley gained the confidence of the coaching staff and became a back-up to Lindsay Allen off the bench.

One of the bright young stars of Australian basketball, Shelley shapes as a future Opal and is set to begin a scholarship with Oregon University later this year.

Players are eligible for the Betty Watson Rookie of the Year award if they are competing in their first or second year of the WNBL, and who are both Australian and under 21 years of age. Second year players must have played 50% or fewer games in their first season.