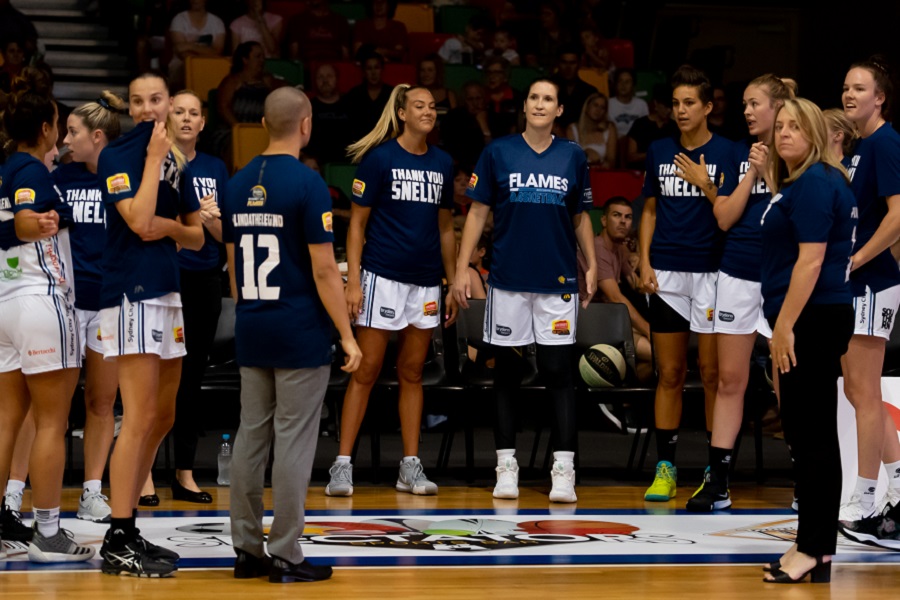 The highlight of the season for the Flames came in Round 9 against the Boomers, when they defied the odds to win on the road as Tahlia Tupaea proved the heroine with six of Sydney Uni’s last nine points including  two clutch buckets to pull off the upset.

The Flames also claimed a win over Bendigo at home to end a ten-game losing streak which opened the season while Belinda Snell’s swansong was a highlight for fans also, as she was treated to a royal farewell from her club, the league and her adoring subjects around the country. In the absence of Alex Bunton who only suited up for seven games due to a knee injury, Lara McSpadden was a bright spot for the Flames and a future prospect. At just 19 years of age, McSpadden was thrust into the Flames rotation and averaged 4.4 points and 3.4 rebounds per game.

In a season where the Flames were decimated by injury, Cheryl Chambers’ side was valiant throughout, losing five games by five points or less.

A cruel and relentless run of injuries meant the Flames had their worst season ever, winning just two games which was three worse than their previous season-low of five.

Bunton and Ally Wilson both went down early in the season with knee injuries, depriving the Flames two starters before they had a win on the board. Towards the latter half of the season, Britt Smart, Sarah Graham, and Tupaea joined that injury list.

While the Flames found themselves in a bevy of close games, the flip of the coin notes that they were unable to close down the stretch in tight contests, finishing 1-5 in games decided by two possessions or less.

21-year-old point guard Tahlia Tupaea had an impressive season for the Flames. Already in her seventh WNBL season, Tupaea plays like an experienced veteran, illustrated by her stunning performance against the Boomers in Round 9.

Tupaea averaged 13.7 points (second for the team), 3.8 rebounds and three assists (third) per game while her performances this season earned herself a spot in the 27-player Opals squad for the upcoming Asia Cup.

Tahlia Tupaea gets the @WNBL iAthletic Powerplay for Round 6 so let's look at this amazing play one more time and remember – this Saturday is Ladies Who Layup round when the @BrydensLawyers Sydney Uni Flames take on the @PerthLynx pic.twitter.com/Ko17K7xRO2

Making Tupaea’s season even more impressive was her ability to bounce back from a concussion earlier in the year which kept her out of action for a month before another knee concern kept her out of the last two games of Sydney Uni’s 2018/19 campaign.

Health derailed Sydney Uni’s season and whoever replaces Cheryl Chambers will be hoping for a change in fortunes for the team. That search for a new head coach is their first port of call and with the top four teams in the league all featuring star imports, the Flames then need to attract some top international talent.

The loss of Snell, who averaged double-figures in scoring and led the team for assists, will also leave a sizeable hole in Sydney Uni’s offence as well as the leadership stakes with players like Wilson and Smart needing to step up in that space.

The Flames’ injury curse did have a silver lining, opening up opportunities for some of the youngsters on the roster such as McSpadden and Maddie O’Hehir who finished second in the Betty Watson Rookie of the Year voting.

McSpadden will be better for the run against bigger and more experienced bodies in the paint while Madeline Norris and Alex Delaney also showed they are not afraid of the limelight and could be future talents for the Flames.