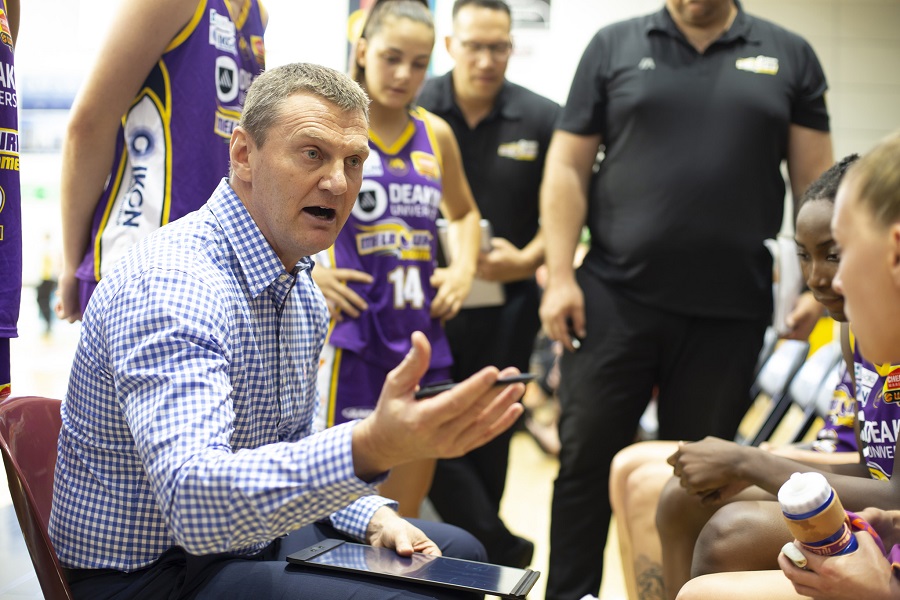 Coming into the season with four Opals in the line-up, the expectations for Melbourne were high. After a rocky opening few weeks, the Boomers lived up to those lofty predictions by the end of the regular season with a 15-6 record to secure second spot and home court advantage in the Semi-Finals.

Import point-guard Lindsay Allen was a stand-out for Melbourne all season long and she was joined in double-figure scoring by Steph Talbot (12.9 points per game), Maddie Garrick (12.3), Cayla George (12.2) and Jenna O’Hea (10.4).

Guy Molloy and the Boomers embraced the three-point shot throughout 2018/19, hitting 188 triple’s through the regular season which was 16 more than any other team and Allen, Garrick, Talbot and O’Hea all shot over 35% from distance.

Melbourne also owned the equal-best defence in the league during the regular season, allowing only 72 points per game compared to the competition average of 77.

George and Ezi Magbegor both finished in the top ten for blocks per game while Kalani Purcell played her role off the bench, tallying 31 steals (eighth best in the league) and 5.5 rebounds (second best for the team).

After a highly successful regular season, the Boomers collapsed in the Semi-Finals, losing to the Lightning in two games.

The Boomers only dropped two games in a row twice in 2018/19- their opening two games of the season and then during the Semi-Finals with Michele Timms and Megan Hustwaite of The WNBL Show describing their Semi-Final losses as an ‘absolute disaster’.

They could not find their offence in Game 1, scoring just 60 points for a season-low while shooting 2-17 from beyond the arc. Melbourne found their shot in Game 2, tallying 92 points, but it came at the expense of their defence as they gave up a season-high 100 points.

Lindsay Allen was undoubtedly the standout performer for Melbourne in her debut season.

Registering 18 points (fifth in the league) and 5.3 assists (fourth) per game while shooting at a 51% clip, Allen was named to the Team of the Week on five occasions and she won back-to-back Player of the Week’s in Round 5 and 6.

The point guard almost carried the Boomers over the line in Game 2 of the Semi-Finals, posting 29 points and six assists while she wowed the Melbourne faithful on several occasions with her half-court makes.

TFW you're headin' out the door and your boss calls you back..

Catch this Sunday's @WNBL game LIVE, FREE and in HD on Sunday 6 Jan on @SBSViceland and via @SBSOnDemand from 3pm AEDT pic.twitter.com/4ay4q9ieQm

Allen was recognised at the end of the season, finishing third in the MVP race, earning a spot in the All-Star Five and taking out the Boomers’ MVP.

With the FIBA World Cup interrupting the team’s preparations for this year, a majority of the Boomers will be better for this season and if they return with their core of Opals, Melbourne will be a contender again next season.

At this stage, they only have Magbegor and youngsters Monique Conti and Chelsea D’Angelo signed for 2019/20 though and the club will still be chasing an explosive import to cap off their roster.

It will be interesting to see if they look to bolster their front or back court but Allen will have Boomers’ fans hopeful that she will be back for 2019/20.

Can’t thank everyone at @MelbourneBoomer enough for an incredible WNBL season. I’m sure this won’t be the last we see of each other..

Coach Molloy has had impressive line-ups over the past two years but has not been able to claim the ultimate prize which places Melbourne as arguably the team with the most pressure coming into next season.

With Ezi Magbegor locked in for the next two seasons, the Boomers will be boosted by the rising star. Averaging 8.7 points and 4.3 rebounds per game in 2018/19, Magbegor impressed for Melbourn despite an injury-interrupted campaign that saw her receive sporadic playing time.

With another year of development, Magbegor will continue to grow into a starter and the Boomers will be hoping she can build her frame to help contest against the strongest forwards in the competition.