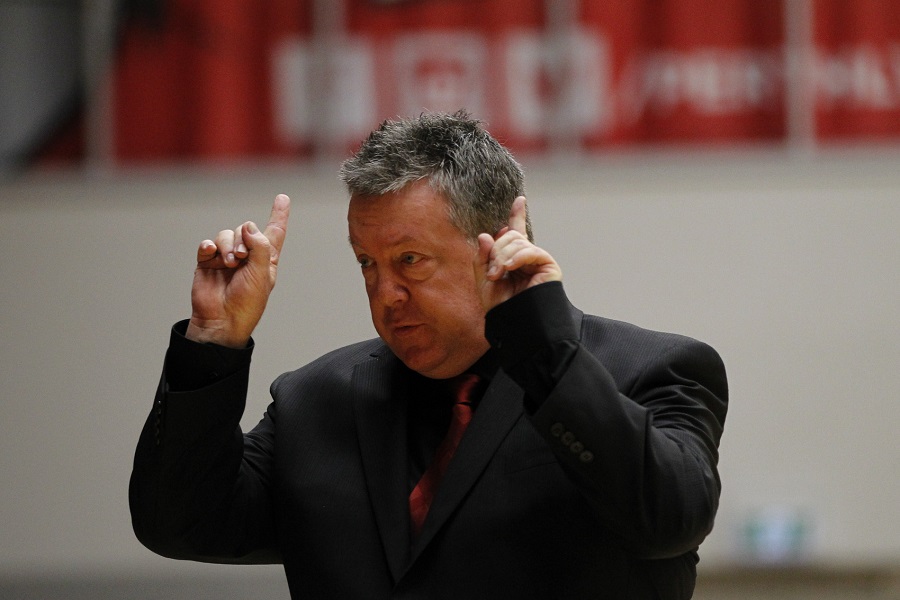 THE 2018/19 SEASON SO FAR: COACH OF THE YEAR CANDIDATES AND SURPRISE TEAMS

With a third of the season already passed, take a look at the potential Coach of the Year candidates and which teams have been a surprise so far.

COACH OF THE YEAR CANDIDATES The October Coach of the Month recipient, Goriss had his UC Capitals flying through October. Despite a slight slip-up against Perth last round, the team looks to have turned around their form after a few lean years and they own a 4-2 record coming into Round 6.

Dealing with a number of key injuries to Leilani Mitchell, Marianna Tolo and Kristy Wallace (with Tolo and Wallace still yet to play in 2018/19), Goriss has helped Kelsey Griffin settle into the team seamlessly as well as import Kia Nurse while Kelly Wilson covered the absence of Mitchell and Maddison Rocci continues to develop into a star.

One of the highlights of the Caps’ season so far was an away win in Geelong over Melbourne when Griffin recorded 23 points and 14 rebounds and they have a 2-1 record on the road early in the piece. Guy Molloy once again has his Boomers sitting firmly in the finals picture and they have won four of their past five games after starting the season 0-2.

They are also one of only two teams undefeated on the road with a 4-0 record and have put together a string of wins in the absence of Ezi Magbegor with a broken hand as well as Maddie Garrick who has had an interrupted 2018/19 so far.

A successful Round 5 could be the spark that propels them to the top of the ladder after they got the better of Sydney Uni and then overcame Townsville on the road in a Grand Final re-match. Their quartet of Chemist Warehouse Australian Opals are settling in together but Lindsay Allen has been their star so far, averaging 17 points per game (sixth best in the league).

Bendigo have proven many pre-season pundits wrong with a 5-2 record to be placed second on the ladder coming into Round 6. Nat Hurst and Becca Tobin have brought energy into the team with Tobin helping the Spirit to a league-best defence while Hurst has been one of the premier point guards in the league so far and earned the Round 4 Player of the Week award.

Playing without an import for the opening few rounds due to an injury to Canadian guard Jamie Scott, the Spirit had to wait a number of weeks for reinforcements before Barb Turner arrived. An old teammate of Hurst’s from Turkey, Turner is finding her feet and Bendigo’s system under coach Pritchard is working a treat.

While some are still waiting for the bottom to fall out on the Spirit, the rest of the competition has realised they are a legitimate playoff threat after two wins over Melbourne and a comeback victory over Adelaide by 18 points after they lost to them by 28 the week before.

The coach of the hottest team in the league, Andy Stewart has his team rolling and they have now won six games in a row including when they beat the UC Caps in a top of the table clash last weekend.

That victory came following a span of nine days that saw Perth claim four wins in four cities and they remain undefeated on the road.

While they have lost the back-court pairing of Sami Whitcomb and Courtney Williams that shone in 2017/18, Stewart and his staff conducted some great off-season recruiting to bring in Asia Taylor and Brittany McPhee who both sit in the top six for scoring in the competition.

Taylor was named Round 3 Player of the Week and looks to be an MVP candidate at this early stage while McPhee has been named to three WNBL Team of the Week’s.

In addition, Kayla Steindl and Toni Farnworth are proving to be threats from beyond the arc, Maddison Allen leads the league in blocks and Lauren Mansfield is a more than handy addition for their guard rotation coming off the bench.

After finishing with a 4-17 record last season, many expected more of the same for the Bendigo Bank Spirit with their star MVP Kelsey Griffin departing for the Caps. However, coach Simon Pritchard and his squad have proven everyone wrong.

They allow just 68 points per game, three less than any other team and Tobin is well on the way to a Robyn Maher Defensive Player of the Year award as the defensive anchor.

Bendigo’s season began with a bang when they upset the Boomers in Round 1 on the road as Whittle stepped up with 21 points. They then proved it was not a fluke with another victory over Melbourne as Nat Hurst inspired them to a thrilling two-point victory.

They have also gotten the better of Dandenong, Adelaide and Sydney Uni and own a 3-0 record at home coming into Round 6. At the other end of the spectrum to Bendigo, the reigning Champions have had a disappointing start to 2018/19 with a 2-4 record.

Coach Claudia Brassard, who missed Round 3 and 4 due to national duties with the Australian Gems, has stated she is not hitting the panic button yet but the loss of Cayla George, Kelly Wilson and Mia Murray is starting to show.

Compounding that, a neck injury to Suzy Batkovic is threatening to derail their campaign but with two-thirds of the season remaining, oppositions will take the Fire lightly at their own peril.

The emerging duo of Darcee Garbin and Zitina Aokuso can be a force while Casey Samuels and Tess Madgen have shown glimpses of their ability to take over games so the Fire will still back themselves to make up the two and a half game gap and return to the top four soon but time is becoming a factor for them.