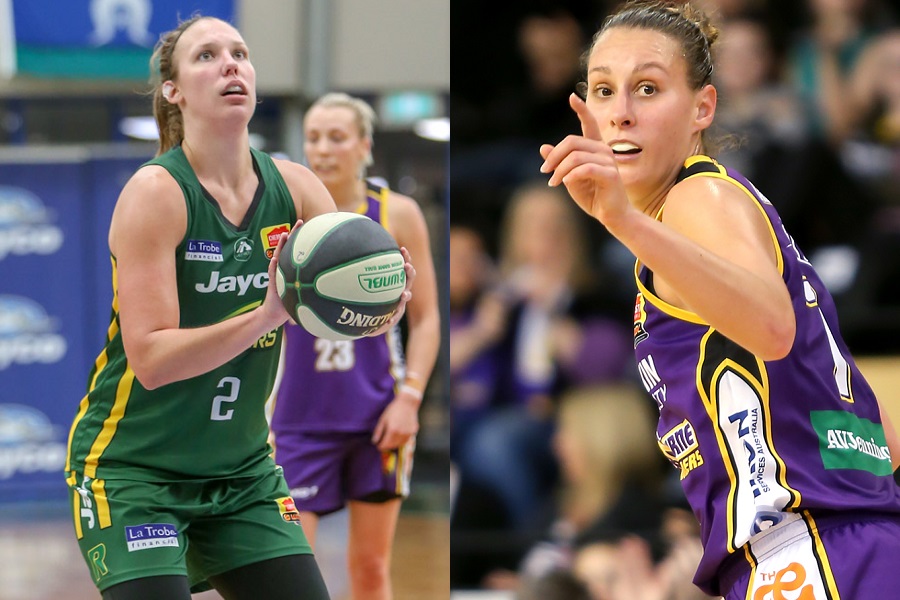 THE 2018/19 SEASON SO FAR: ROOKIE AND DEFENSIVE PLAYER OF THE YEAR CANDIDATES

With a third of the season already passed, take a look at who is starring for their respective teams and the potential Rookie and Defensive Player of the Year candidates.

A candidate for the MVP as well this season, Tobin has been outstanding for the Spirit and a key contributor to their surprise start to 2018/19.

Her defensive numbers are eye-catching with 2.1 steals per game (third in the league) while playing as a centre as well as 1.7 blocks (third).

Anchoring the league’s best defence, Tobin is helping Bendigo to allow just 68.4 points per game and a competition-best 37% shooting from the field.

A gun perimeter defender, Talbot has been a serious asset for Guy Molloy’s defence and in a team chock-full of Chemist Warehouse Australian Opals, Talbot has still been the standout for the Boomers.

Her combination of size, speed and agility means she can switch onto multiple positions defensively and is capable inside the key as well as outside where she is helping Melbourne to give up the second-least amount of three-pointers per contest.

Averaging 1.1 steals per game, Talbot also sits second for the Boomers in blocks per contest with only forwards Cayla George and Ezi Magbegor sitting above her.

Steph Talbot made it rain during the @WNBL @ChemistWhouse rd 4 @MelbourneBoomer & @JaycoRangers clash. Watch all 27 of her total points from the game https://t.co/QHc9clDLCj

The reigning Robyn Maher Defensive Player of the Year, Pedersen has again stepped up as one of the league’s premier defenders while averaging 7.3 rebounds per game (ninth best overall).

Without a heap of help in the paint, Pedersen is tasked with the unenviable task of guarding the league’s best bigs’ including Suzy Batkovic, Alex Bunton and Becca Tobin.

While the Rangers will need to improve their record for her to be in the running for this year’s award by the end of the season, Pedersen has still impressed with her rim protection and is likely to have garnered votes when she helped hold the Fire to 68 points and Sydney Uni to 62.

BETTY WATSON ROOKIE OF THE YEAR

Despite being 24 years of age and having had successful stints in SEABL and at college with North Dakota, Whittle is a strong contender for the 2018/19 Rookie of the Year award.

She starred in her debut with the Spirit, showcasing her talents with 21 points in a surprise victory over the Boomers to earn a spot in the Team of the Week.

Since then, Whittle’s playing time has been sporadic but she is still averaging 8.1 points per game while also influence both ends of the court with 4.9 rebounds, 1.9 assists and 1.3 steals.

The Boomers young gun has seen limited playing time so far this season but remains a player to watch for the future as a FIBA Under-17 World Championship gold medallist and Under-19 World Cup representative.

The University of Oregon commit showcased her talent in a pre-season game against the Dandenong Rangers where she made a number of big three’s in the closing minutes to nearly get the Boomers over the line and that fearlessness will prove a valuable asset.

Potential Bolters
Looking around the league there are a number of youngsters who could still make late pushes for the Betty Watson Rookie of the Year award.

Ruby Porter was a member of Australia’s bronze medal winning Under-17 World Cup team earlier this year and became the first member of the Rachael Sporn Academy to make an Adelaide Lightning roster. This year has also seen Porter win a bronze medal at the 3×3 Youth Olympic Games tournament and hopefully she can cap a whirlwind 2018 with some more court time with the Lightning.

A couple of college graduates who are in their first seasons in the league will also be looking to break into their team’s rotations. Stephanie Reid has returned home after a successful four-year career with Buffalo and is now plying her trade with the Jayco Rangers while Elizajane Loader is with the UC Capitals after playing for Portland State University and has caught the attention recently of Michele Timms on The WNBL Show podcast.