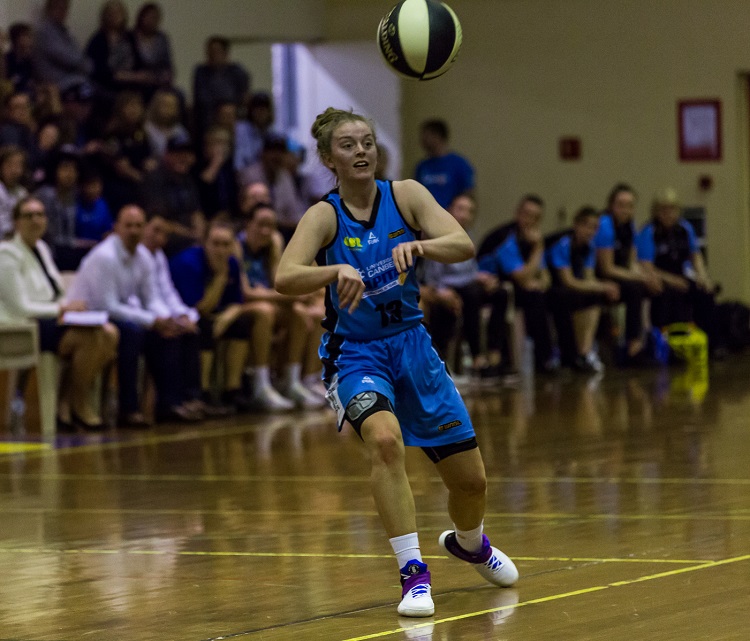 The University of Canberra Capitals have re-signed guard Abbey Wehrung for the 2017/18 WNBL season.

Wehrung has signed a one-year deal to extend her time at the UC Capitals to a fourth year. She joined the club as an 18-year-old in 2014 and said there is no place sheÕd rather be playing.

ÒIÕm grateful for the past three seasons as I have learnt a lot. Last season was really enjoyable and I feel like IÕve really improved my game under [head coach] Paul Goriss,Ó Wehrung said.

ÒIÕve loved being part of the team and IÕm excited to see what the new season will bring.Ó

Wehrung enjoyed a breakout season in 2016/17, racking up 131 points and 19 assists in 16 appearances for the UC Capitals.

Her season was cut short when she suffered an ankle injury against Bendigo Spirit in Round 18. Wehrung was the gameÕs leading point scorer before falling heavily in the third quarter.

She is currently undergoing rehabilitation and has her sights set on returning to the court in the pre-season.

The 21-year-old, who is studying a Bachelor of Applied Business (Management) at the University of Canberra, is also hoping to represent the University and Australia at the World University Games in Taipei in August.

Head coach Paul Goriss said he was thrilled to have Wehrung on his roster again.

ÒAbbey provides us with versatility at the guard position,Ó Goriss said. ÒShe shot the ball very well last season at 40 per cent from the three-point range.

ÒShe is a tenacious defender and a true perimeter threat. With her work ethic and talent, IÕm confident her game will only improve.Ó