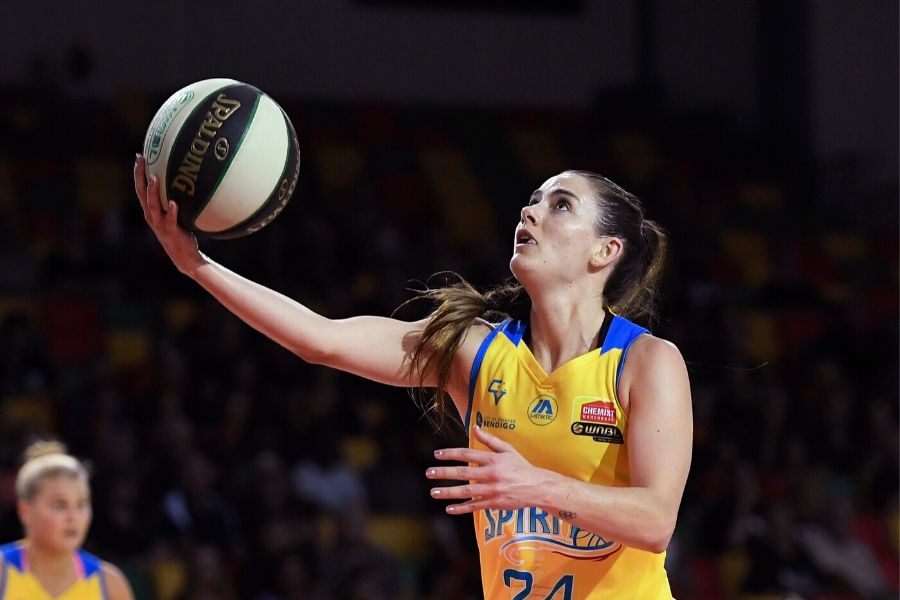 Bendigo Spirit have triumphed against the Townsville Fire in a back and forth affair that showcased the indomitable willpower of both rosters, with Bendigo ending a long losing streak by winning 79-78.

Bendigo have shown plenty of spark throughout the season but haven’t been able to keep their foot on the pedal to consistently close out games. Coming into tonight, they had dropped 9 straight, and were clearly desperate to turn their fortunes around. To make matters worse, they would also be without Gabe Richards for this fixture.

Tonight’s game was Townsville’s third in 8 days, coming off a 77-61 loss to the Melbourne Boomers last night. It looked as though fatigue may be setting in for the embattled Fire players in the early stages, showing occasional lapses and giving Spirit shooters too many open looks.

Abbey Wehrung (18 points, 6 rebounds, 4 assists, 2 steals) was more than happy to take advantage of these opportunities as she celebrated her 23rd birthday, taking on a heavy workload and sniping at will from every point of the court.

Carley Ernst (24 points, 6 rebounds, 2 assists) capped off a scrappy first half for Bendigo with a brilliantly drawn up play, as workhorse captain Kelly Wilson (1 point, 6 rebounds, 1 steal) found her open for the buzzer beater to draw the Spirit within 2 points. It ended Wilson’s uncharacteristically quiet first half on a high note, while Ernst cleared 2,000 points for her WNBL career.

After the initial jitters, Townsville quickly settled into a rhythm, spearheaded by the efforts of Darcee Garbin (13 points, 4 rebounds, 1 assist, 1 steal), who contributed across the board to lead all Fire scorers in the first half.

Tess Madgen (17 points, 5 rebounds, 2 assists) made a huge impact off the bench for Townsville, and Bridget Carleton (19 points, 12 rebounds, 2 blocks) consistently wrested possession back on the glass with 9 defensive rebounds while also providing the kind of scoring punch that made it seem like Bendigo’s woes would continue.

In the end however, it was Ernst who would play the role of saviour for Bendigo, fighting her way to put up the game winner with only 21 seconds left on the clock.

The Spirit’s coach, Tracey York, speaking in the press conference, post-win said the win was a big positive after a tough trot for the side.

“Obviously we needed and wanted a win. I think we’ve been in the main part, very competitive,” she said.

“I think we got out running early, and… we got a lot of scores out of that, which was excellent.”

Meanwhile, for the visiting side, coach Shannon Seebohm preferred to remain philosophical after what was an exhilarating contest.

“We’re obviously not having the season that we would like, but we need to keep working. We’re all professionals, we’ve got to keep doing our jobs, and our job is to go out and try and win basketball games, so that’s what we’ll keep doing.”

Bendigo will have to work hard for an improbable upset victory over defending champions the UC Capitals (9-4) to start the New Year on January 3, with the Caps potentially reeling from their stunning overtime defeat at the hands of the surging Adelaide Lightning last night.

Townsville get to test their mettle against an invigorated Adelaide Lightning (7-6) on January 3 as well. Now sitting solely on fourth place on the ladder, Adelaide will have a lot to play for and could prove an exceptionally deadly opponent. This will be the two teams’ second meeting for the season, with the Lightning drawing first blood in Round 2, winning by 18 points.