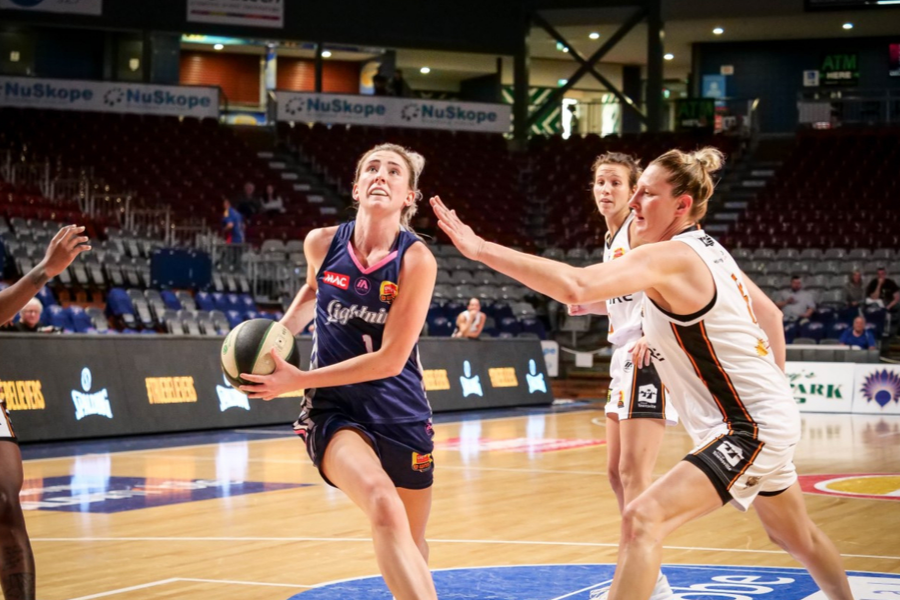 It’s been a whirlwind 12 months for Adelaide Lightning star, Lauren Nicholson, as a breakout Chemist Warehouse WNBL campaign led to her first Australian Opals selection, as she joined the national team at the recent FIBA Women’s Asia Cup in India.

Nicholson was an integral piece in last season’s Lightning squad that fell agonisingly short of WNBL Championship glory, averaging 13.3 points and 4.0 rebounds per game on an absolutely scorching 44 percent from beyond the arc.

In addition to her offensive contributions, Nicholson was a terror on the defensive end, becoming the first player in franchise history to claim the WNBL Robyn Maher Defensive Player of the Year award.

After claiming bronze with the Opals in September, Nicholson believes she grew even further as a player, having played with some of the best talent the country has to offer under the tutelage of some of the sharpest minds in women’s basketball.

“A massive thing for me is having an impact straight away, being more aggressive out on the court,” Nicholson said.

“That’s something I want to bring from start to finish when I’m on the floor. Aggressiveness and assertiveness is something I definitely want to carry through to the WNBL season.”

Returning to Adelaide for a third season, Nicholson wants to take it one step at a time, though, it is clear what the ultimate goal is after the devastation of last season’s finals series.

“We haven’t had a whole lot of time together, hopefully we can gel pretty quickly and get things rolling. First thing is to make the finals and go from there, we fell one step short last year so it would be nice to win a championship for sure.”

As for the location of that treasured bronze medal.

“It’s hanging in my wardrobe at the moment. I’ll probably give to my mum next week when we play in Canberra, mums always love that sort of thing,” Nicholson said with a laugh.

The Adelaide Lightning open their season against the Sydney Uni Flames on Friday October 11 – Tip-off is at 7:00pm (AEDT)