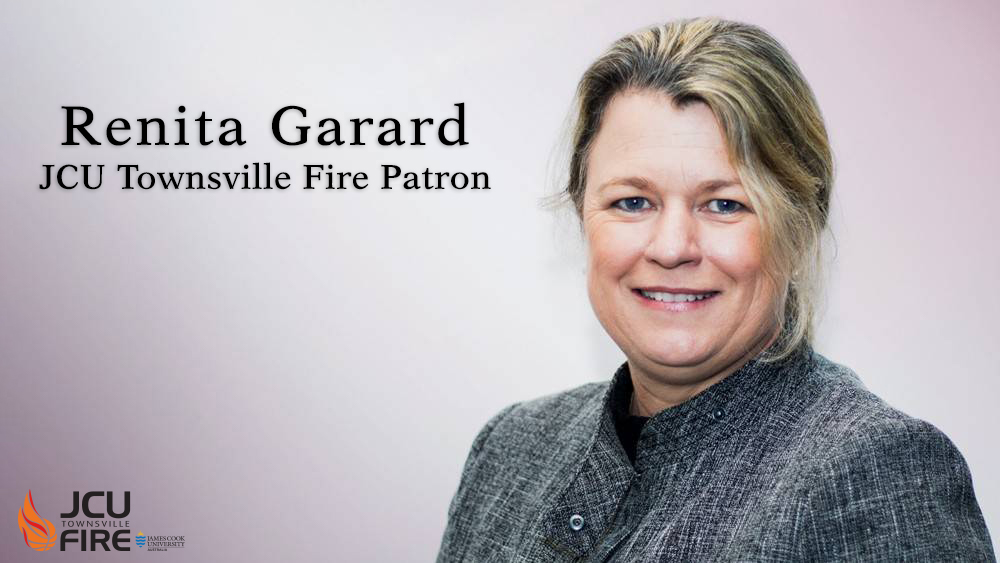 The former Hockeyroos captain, who is a director at PricewaterhouseCoopersÊand Chair of the Port of Townsville, is a proud North Queenslander and a champion of regionally-based sporting organisations.

Among other past and present roles, Ms Garard has served on the boards of Hockey Australia and the International Hockey Federation (FIH) based in Switzerland, while she was recently appointed as a non-executive director of Queensland Rugby League.

Having represented Townsville proudly on the international stage, Ms Garard said it was an honour to be named Patron of the Fire given their role in the North Queensland community.

ÒI am extremely passionate that children in regional locations receive the same opportunities to further their sporting interests and passions just as those who live in metropolitan areas,Ó Ms Garard said.

ÒAnd for those aspiring elite athletes, this includes access to world-class training and support.

ÒImportantly, access to world-class, inspirational athletes such as the Townsville Fire is also a critical element in the long journey to become an elite athlete.

ÒI look forward to the privilege of working with the Townsville Fire leadership, fans and the community to build on the sporting history of Townsville and our surrounding communities.Ó

Having represented the Hockeyroos from 1994 to 2000, Ms Garard captured seven international gold medals including World Cups in 1994 and 1998 Ð the latter as co-captain Ð as well as triumphing at the Atlanta and Sydney Olympics.

ÒRenita has proven herself to be a world-class athlete and a strong and effective director in the business community,Ó Mrs Morton said.

ÒWe have no doubt that she will be a strong addition to our club.Ó

The Fire will commence their WNBL campaign on October 5 with an opening round blockbuster against Melbourne.

Other qualifications, awards, memberships and roles