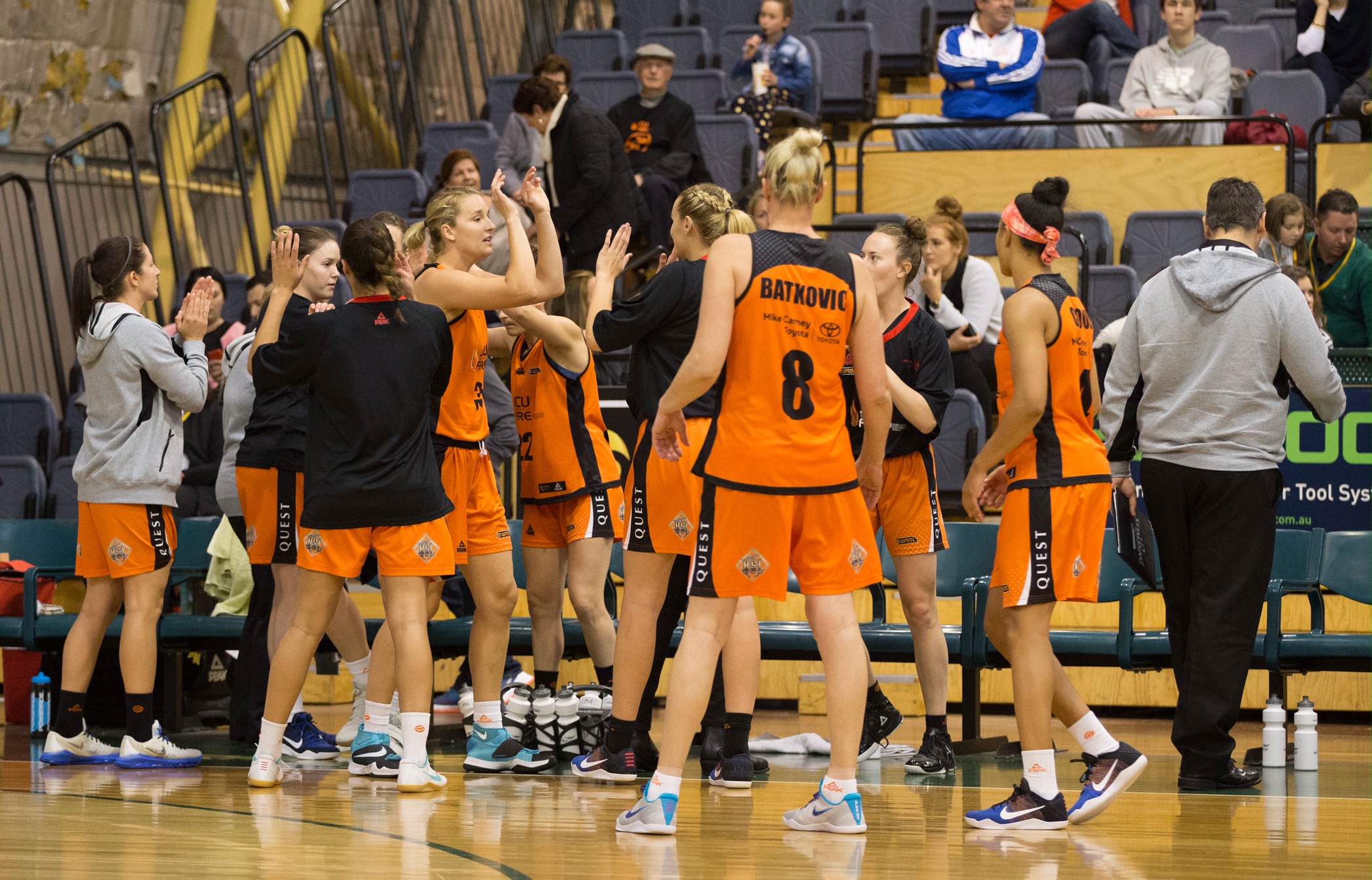 FIRE EDGE CLOSE TO FINALS BERTH WITH WIN OVER RANGERS

The JCU Townsville Fire have kept their title defence alive with a 92-78 victory over Dandenong.

Having been embarrassed on the road by the Rangers in the first month of the season, the Fire returned to the scene of the crime and swiftly made amends thanks to an all-round performance.

New Zealand Olympian Micaela Cocks was named the First Things First MVP after finishing with 25 points and seven rebounds Ð including six from nine from beyond the arc Ð but she had plenty of competition for the gong.

Four-time WNBL MVP Suzy Batkovic finished with a game-high 26 points and 11 rebounds, while Mia Murray was superb with 20 points, seven rebounds and six assists in another flawless performance.

In the first half, Batkovic was the difference between the two sides as the Fire skipper went into the main break with 17 points an eight rebounds.

While the Rangers did a better job of curbing her influence in the second half, Cocks and Murray, who hit four three-point shots of her own, stood up tall as the Fire improved their record to 12-9.

With Natasha Cloud unable to pass a fitness test, the Fire relied heavily on Kelly Wilson to shoulder point guard duties, with the two-time WNBL championship winner playing her most meaningful game of the season.

An early triple opened the FireÕs scoring account and seven assists Ð many to Batkovic Ð ensured the two-time reigning champions entered the first change with a two-point lead.

The lead was extended to eight at the main change and reached as high as 19 midway through the third term before the Rangers went on an 11-0 run.

While the Rangers threatened at various times in the final quarter, the Fire held their nerve and now face another must-win game against Bendigo.

Click here to see full box scores from tonightÕs game between the Fire and the Rangers.