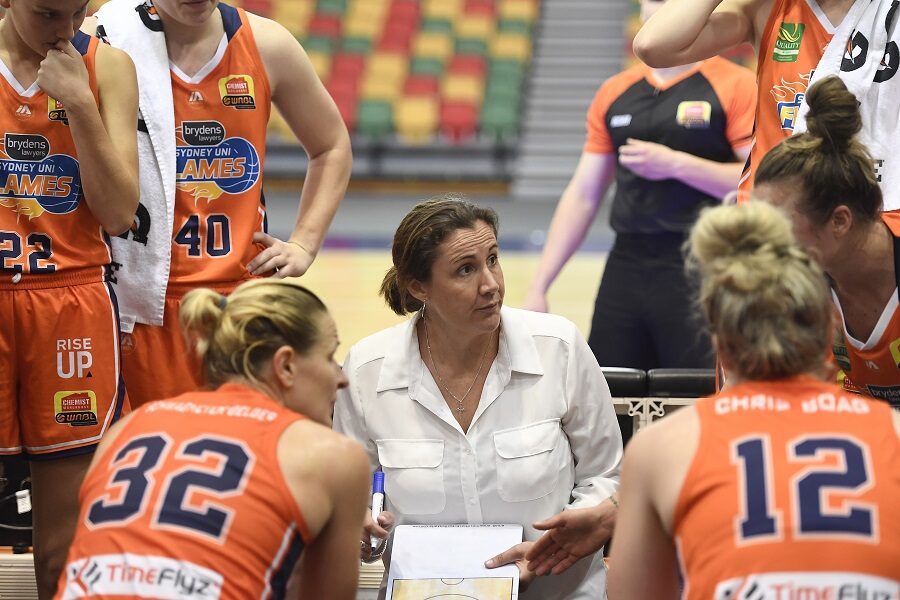 A Super Sunday triple header of Chemist Warehouse WNBL wraps up at Townsville Stadium with two sides both determined to finish their respective campaigns on a winning note.

The Brydens Sydney Uni Flames (6th) have mixed emotions after leading the Jayco Southside Flyers then losing in the final seconds on Thursday, while the Adelaide Lightning (5th) have dropped four of their past five games, most recently to the JCU Townsville Fire, 95-66 on Friday night.

“I think the girls played really, really hard. The scout was good, they executed to a tee and I think they were deserving of a win, but Southside stepped up late and hit some key shots,’’ she said.

“We were disappointed with the loss but really happy with the progression – to be so close and leading for most of the game.

“We’ve talked about the process during the season so to go within four points of Southside, who average something like 98 points a game and we kept them to 81, we’re super proud of our defensive effort. Our goal now is to finish on a win against Adelaide.”

Meanwhile, Adelaide captain Steph Talbot, who is averaging 17.9 points this Chemist Warehouse WNBL season, says the Lightning are picking the positives as their season comes to a close.

“By this point the girls are all tired so it’s going to be really good if we can end on a win,’’ she said.

“Abi Wehrung and Marena Whittle are in form for us and I’m really proud of our younger players.

“Chelsea Brook has played a bigger role than she expected but has done it really well. Tay Ortlepp has been really good for us coming off the bench.

“I think this whole experience will be really good for us an Adelaide team moving forward, especially our younger players.”