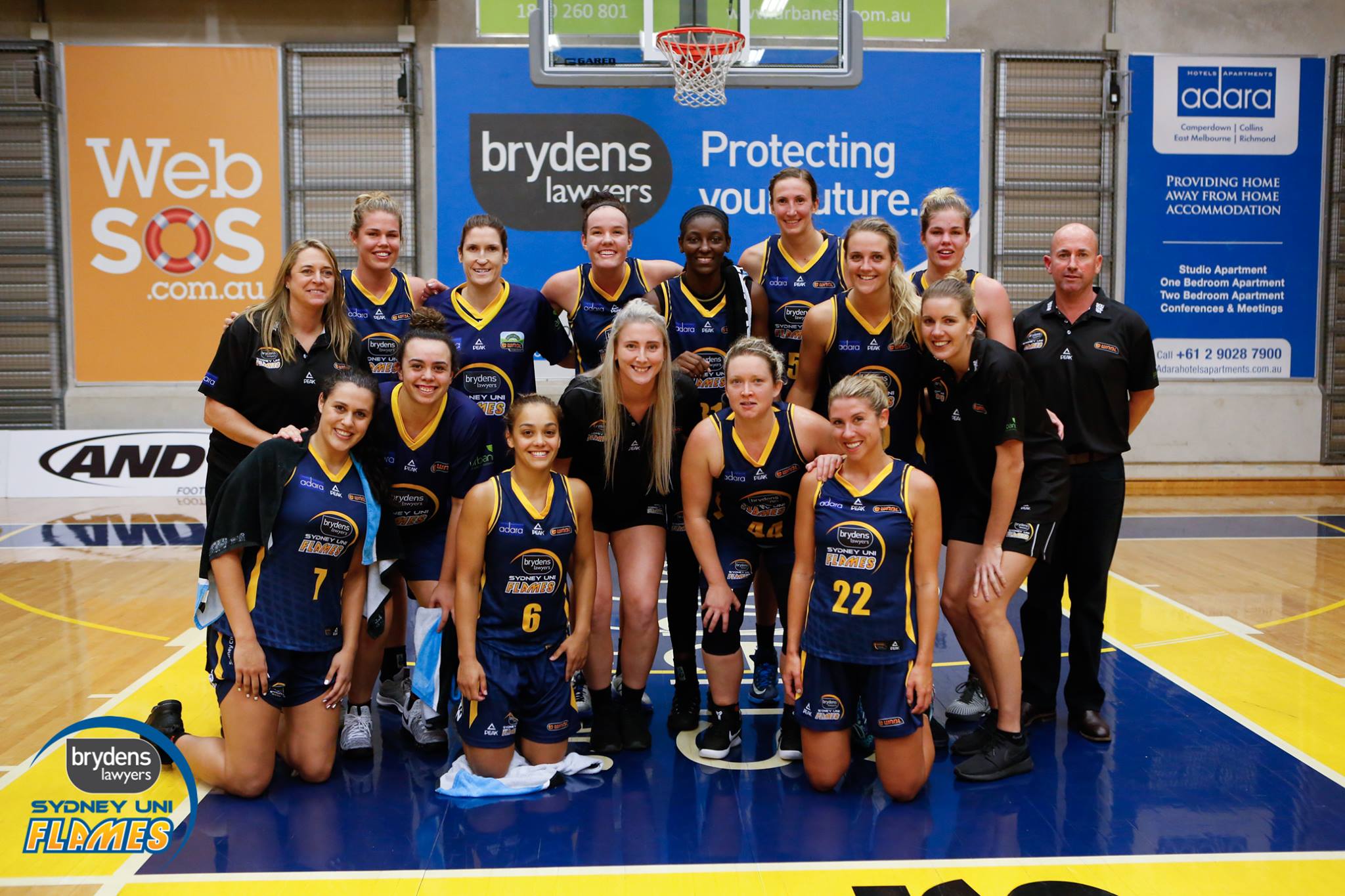 FLAMES THROUGH TO THE GRAND FINAL

The Brydens Sydney Uni Flames are the first team through to the 2016/17 WNBL Grand Final. After finishing as minor premiers, the Flames have now swept the JCU Townsville Fire 2-0 in the semi final series.

Game 1 saw the Flames take the win in record breaking style, downing the Fire 111 Ð 69. However, the team knew it would be a different story when they met for game 2 in Townsville.

The tough Townsville side showed up with a point to prove at the Friday night game, but the Flames proved too strong.

Five fouls to Townsville vet Suzy Batkovic didnÕt help TownsvilleÕs cause as she was forced to sit in the vital minutes of the game. The Flames battled out the game and came away with the win 76-61.

The Brydens Sydney Uni Flames will now compete in the Grand Final and look to bring the trophy back to Sydney.

The opposition is yet to be confirmed with the Perth Lynx and Dandenong Rangers still battling it out for the second place in the Grand Final series.

The Flames will be releasing ticketing information via the website and social media channels in the coming days.