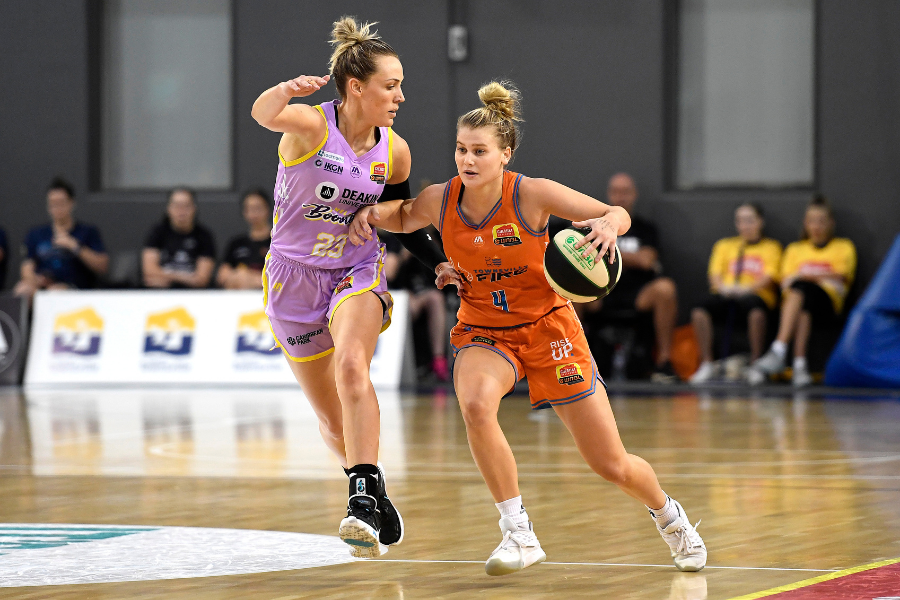 Heal followed up a 30-point haul in Wednesday’s semi-final loss to Southside by contributing a 43 per cent of her side’s points on Friday with a match-high 28 in front of a passionate Townsville Stadium crowd.

The 19-year-old guard made 11 of her 14 shots from the field, including three of five long bombs, and added five rebounds three assists two steals and plenty of defensive hustle.

Heal scored 19 of her points in the second half, as Townsville held off a fast finishing Boomers side, who trailed for most of the game apart from the first few minutes.

After conceding 41 points in the first quarter against Southside in Wednesday’s semi-final loss, the Fire produced a great collective defensive effort in front of a passionate Townsville Stadium crowd.

Trailing 63-54 with just under five minutes left, Melbourne scored eight unanswered points to cut the deficit to one with 39 seconds left.

Nerveless Heal made a pair of clutch free throws with Ezi Magbegor and Maddie Garrick each missing a potential game tying three-point attempt in the last few seconds.

“The girls were really good today, we all worked as a team,” Heal said.

“They are a tough team so to come and play like that is really good.”

Coach Shannon Seebohm wasn’t surprised Heal would be leading Townsville to a grand final in her first season at the club.

“That’s why we recruited her,” Seebohm said.

“I’ve seen her since she was five years old and know how hard she works, and I couldn’t be happier for her.

“She’s such a great kid and has such a bright future and we’re.so happy she’s on our team.”

Heal and Lauren Nicholson, who was Townsville’s second top scorer on Friday with ten, have formed a patent backcourt combination.

“I love playing with her, I love her like a little sister, and she was just incredible tonight, I’m just so proud of her.”

Reaching the grand final continues the remarkable turnaround for Townsville, who finished bottom last season with five wins from 21 games.

“I think. We’ve probably been doubted all year, we were last, last season,” Seebohm said.

‘I’m just so proud of the team, they’ve battled every single game.”