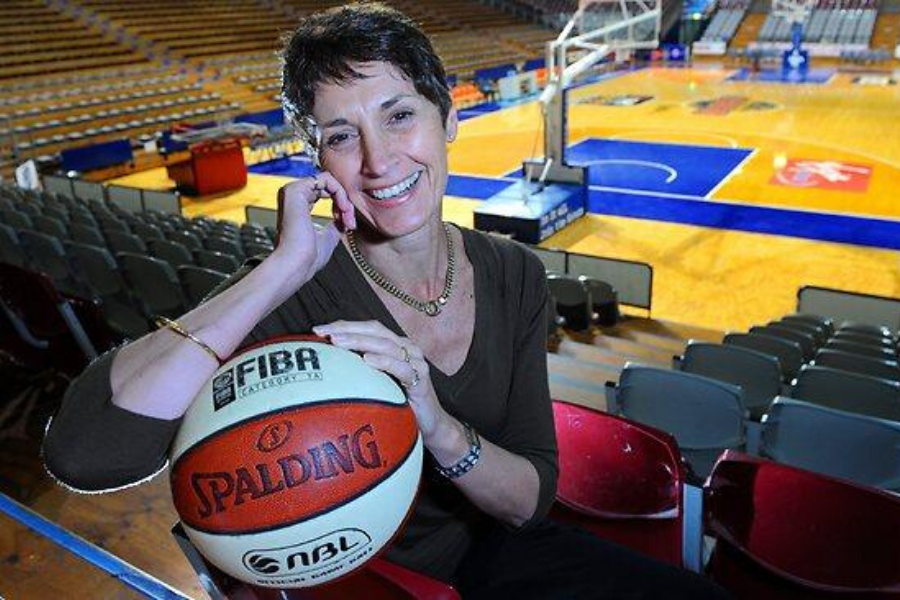 The WNBL is honored to award Leeanne Grantham and Jenny Froling with WNBL Life Memberships. Both ladies have made extensive and valued contributions to the WNBL and were nominated for their strong and encouraging histories with league.

Leeanne Grantham (nee Christie) has made a strong lasting impact on the WNBL.

Having played in the League for North and West Adelaide and Coburg with a total of 72 games.

In ‘95 Leeanne became the Chief Executive. Throughout the mid-late 90’s (and into the early 2000s) the WNBL brand became the most well-known women’s sport brand in Australia, it was also recognised as one of the top 3 leading women’s basketball leagues in the world.

The ABC televised weekly WNBL games and broadcast the 1994 Women’s World Championships held in Australia, this provided women’s basketball with the type of profile required to help secure significant sponsorship enabling the League to reduce the travel pool and to continue to build on the WNBL Brand.

In ‘94 Leanne was involved in running Women’s Worlds 1994 (Oz94) involved in running the event in Sydney and was a commentator for the WNBL 1994 to approx. 2000 as well as various International Basketball tournaments World Championships and Olympics.

Leeanne was innovative and hard-working and there is no doubt that in the early 90’s the rise of the professionalism of the WNBL was in no small part due to her tireless efforts.

Since leaving the WNBL Leanne has gone on to be a part of the Commonwealth Games Committee, the Board of Cycling Australia, headed up the National Women’s Soccer League and a Director of Basketball Australia amongst many other successful ventures.

Jenny Froling nee Lind started her WNBL career with the Lady Bullets after moving to Brisbane in 1983. From Brisbane she moved to the AIS in 1985 spending 2 years in Australia’s best development program.

Jenny then moved to Melbourne, with the goal of going to join Geelong but fate saw her join the now infamous Nunawading Spectres coached by legend Tom Maher. Jenny’s character was exactly what Tom needed for fitting the role of do whatever was required for the team perfectly. Jenny’s time with the Spectres saw her win 2 WNBL championships as a player and then 1 as team manager in a role she decided to take on after hanging up the playing boots.

Soon following, Jenny moved to Hobart only to pull the boots back on to team up with league legends Robyn Maher and Michele Timms resulting in Jenny winning her 4th WNBL Championship. The next step was logical for Jenny so after retiring for the final time she took on the assistant coach role for the Hobart Quit Islanders in 1991.

Eventually deciding to move home to Queensland and give the coaching away to get married and start a family most would think that was the end of Jenny’s WNBL career. Alas Jenny decided to join the ranks of referees in the local Townsville competition.

As an ex player Jenny Froling rocketed through the refereeing ranks earning her regular spots on the QBL, WNBL and NBL rosters. Jenny refereed at the highest levels for the next seven years. Now mother to 4 children Alicia, Keely, Harrison and Samson, Jenny is a very proud mother of the next generation of Basketballers with all 4 playing in both the WNBL and NBL.

In the history of the WNBL Jenny is the only representative to have played, managed, coached, refereed and mothered WNBL champions at the WNBL level over a magnificent lifetime of Basketball. Jenny is an extremely humble person always acknowledging her teams and team mates over her great career in the WNBL, she is a person that has always given her all.

With her daughters now playing in the league and after coaching numerous juniors she is a superb and most experienced role model for young girls of our great game today. Jenny Froling without doubt is an all-round WNBL Champion.