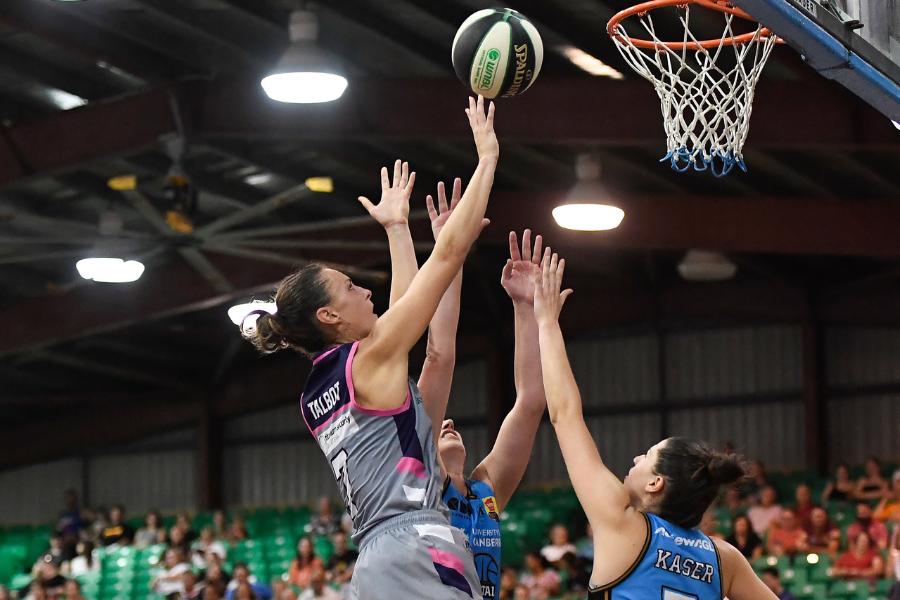 Life in the Hub with Steph Talbot

In Part 4 of “Life in the Hub”, Megan catches up with Adelaide Lightning captain, Steph Talbot.

Steph Talbot is a certified star of the Chemist Warehouse WNBL and now she’s adding another string to her bow as captain of the Adelaide Lightning.

The 26-year old guard has taken the leadership reins from Nicole Seekamp, a superb skipper who guided Adelaide to consecutive finals series appearances including a Grand Final series in 2018-19, and it’s agreeing with her.

Talbot earned Player of the Week honours for Round 1 off the back of a dominant opening round where she averaged 27.5 points, 12 rebounds and 3.5 assists and led the Lightning to big wins over the UC Capitals and Perth Lynx.

She faced her first challenge as captain when Adelaide was forced to self-quarantine in their Townsville accommodation for a week as three of their games were postponed. Keeping spirits high and her teammates happy yet focused was the skipper’s priority.

Talbot returned to the court in Round 3 on Tuesday night in Townsville with 12 points in the Lightning’s first loss of the campaign, to the Deakin Melbourne Boomers, then rebounded with 22 points, 12 boards and 5 assists the next night in a narrow-win over Bendigo.

She says leading the Lightning is an honour.

“It definitely means a lot and especially as South Australia is my home state. We have a lot of SA girls coming through this year and a lot of rookies which is special,’’ Talbot explained.

“Chris (Adelaide coach Chris Lucas) and I have a really good relationship and a lot of respect for each other, so the fact that he trusts me to lead this team means a lot.”

So, what kind of leader is Talbot?

“I like to lead by example. I’m not super vocal, I can be vocal, and I like to help the young ones, but I think my priority is leading by example through the way I play,’’ she said.

“I’m happy to have been able to do that so far but there’s still things I want to work on and improve.”

It’s a quality Lightning legend Rachael Sporn displayed during an incredible decade-long reign captaining the club from 1994 to 2004.

“I can definitely relate (to Steph) because I was similar,” Sporn said.

“I wasn’t a real vocal captain, I just wanted to lead by example and take everyone with me. Steph is doing that.”

Sporn has been mightily impressed by Talbot’s leadership and early touch.

“Steph’s taking the game on, like she can. She’s a step-up player who can dominate a game. She’s so hard to guard and I love in the first few games she’s had 31 and 24 points and rebounds, assists and it’s not just that – she’s got beautiful skills, great anticipation and I’ve always loved her athleticism.

“She shows no fear on the court. I love that about Steph, she puts her body on the line and is tough.

“I also think because we don’t have imports this season and unfortunately Alanna Smith isn’t there, it’s Steph’s opportunity and she’s taking it.”

Adelaide Lightning tackle a big double header this weekend at Cairns Pop-Up Arena with the Brydens Sydney Uni Flames on Saturday afternoon then the Jayco Southside Flyers on Sunday.