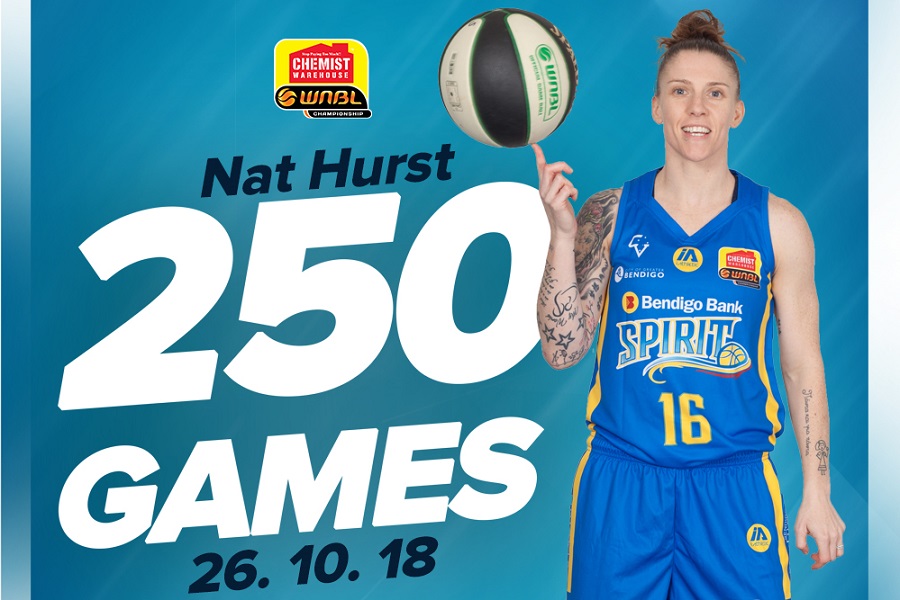 Natalie Hurst will join an exclusive club this weekend as she reaches the 250-game milestone when the Bendigo Bank Spirit visit the Perth Lynx on Friday night.

Becoming the 49th player to hit the mark, Hurst spent a majority of her career with the University of Canberra Capitals and is the only player to be a part of seven WNBL Championships with the club.

In 2009, she was named the Grand Final MVP as the Caps defeated Bulleen by just three points in a thriller while her most productive season overall came in 2007/08 when she averaged 13.8 points per game.

Developing into more of a distributor in recent years, Hurst returned to the WNBL after a few years away last season and collected 9.6 points and a career-best 6.7 assists to lead the competition.

For 2018/19, Hurst has departed the nation’s capital and taken up residence in Bendigo and her third game with the Spirit will mark her 250th game overall.

The guard has fitted in seamlessly with Bendigo though, averaging 15 points and 2.5 assists per game while shooting 6-10 from beyond the arc.

Check out her interview with the Spirit ahead of her milestone below.

Bendigo will visit Perth at 6.30pm local time on Friday, October 26 with live stats for the contest available here and Hurst’s achievement will be personally acknowledged by the WNBL when the Spirit return home in Round 4.