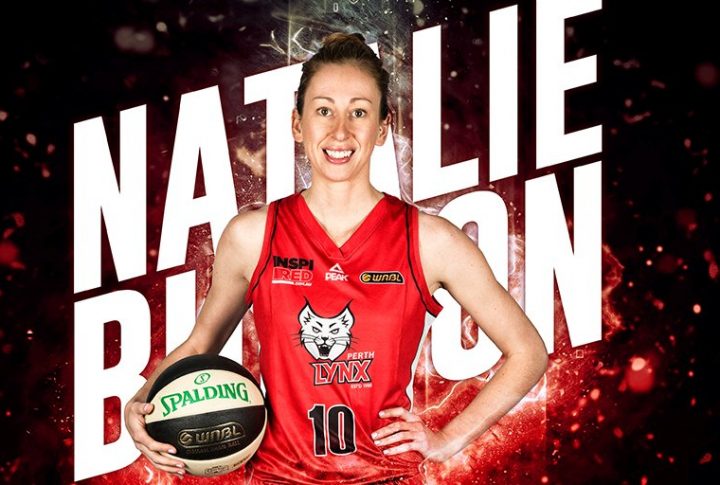 The Perth Lynx are pleased to announce the return of Natalie Burton to the team ahead of the 2017/18 WNBL season.

Burton, 28, played a crucial role for the Perth Lynx last season, appearing in all 27 games and becoming a fixture in the starting lineup throughout the WNBL Finals.

Having already played 94 games in her Lynx career, the West Australian centre is set to move into the club’s top 10 appearances list later this season.

“I’ve been away from home for so many years over my career so any chance I can play in front of my family in my hometown is special,” said the former West Virginia University star.

“I’m excited to see how the team will come together this season and what we can achieve.”

At 194cm tall, Burton fits the team’s philosophy to a tee, and will bring speed and athleticism to a Lynx side looking to run at every opportunity.

“We have a fast, athletic group who are already working hard in the weight room and on court.”

In 2016, Burton represented Australia at the Rio Olympic Games, and has also won two gold medals for the national team at the 2013 and 2015 FIBA Oceania Championships.

The Lynx mainstay holds averages of 6.1 points and 4.6 rebounds per game throughout her time in Perth.

Having held a permanent position within the current Perth Lynx system, Burton will play a pivotal leadership role in the coming season.

“Being around the program has given me a unique insight into how things work and what is expected of each player.”

“With so many new faces this year, we are trying to put the foundations down now so that so we can get under way and prepare for the season.”

With the signing of Natalie Burton, the Perth Lynx roster currently stands at nine players, as the club continues to build towards the 2017/18 WNBL season.

Perth Lynx memberships are on sale now, starting from just $69.