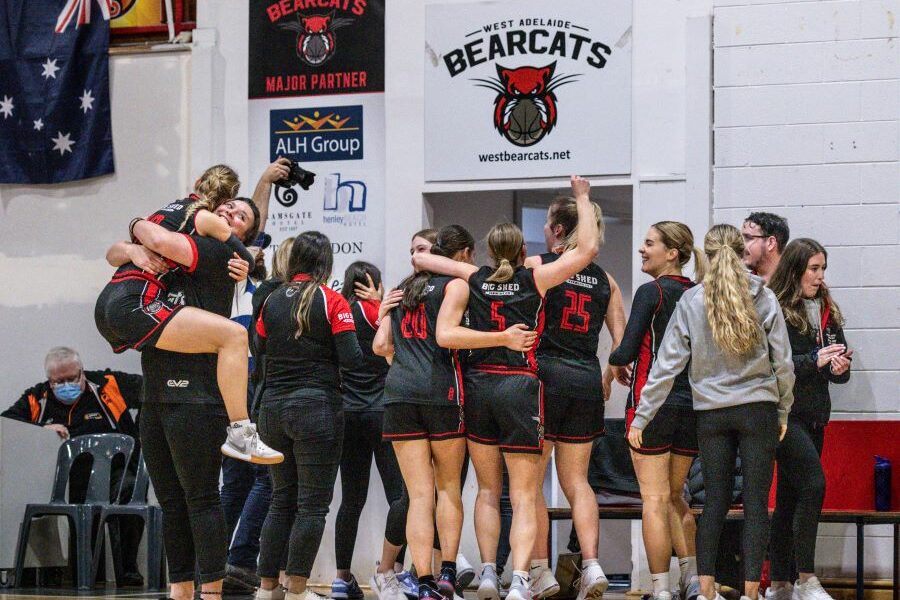 The inaugural NBL1 National Finals tip off at the State Basketball Centre tonight with several WNBL stars suiting up.

Each team will play two preliminary games in which they will generate ranking points across Friday and Saturday, before Championship Day on Sunday, where the top two ranked women’s and men’s teams will battle it out.

Kicking off the weekend will be West Adelaide Bearcats (NBL1 Central) taking on the Warwick Senators (NBL1 West).

Jasmin Fejo and Jennie Rintala will suit up for the Bearcats. Fejo was signed to Adelaide Lightning for the last WNBL season and has averaged 19 points, 5.4 assists and five rebounds per game for the Bearcats this season. Rintala, who was re-signed to Bendigo Spirit midway through the 21-22 season, contributed an impressive 22 points and nine rebounds in the Grand Final.

The Warwick Senators ended their 28-year championship drought with an emphatic 87-61 victory against the Willetton Tigers to become the NBL1 West victors.

Two-time MVP, Stacey Barr (who has played for the Perth Lynx) has averaged a massive 25 points per game this season and delivered another 23 points, nine assists, six rebounds and three steals in the Grand Final. While up-and-coming Perth Lynx star, Mackenzie Clinch Hoycard added 15 points and 13 rebounds for the Senators.

Townsville Flames are the NBL1 North women’s Champion after defeating Logan Thunder in the Grand Final.

Led by Head Coach, Shannon Seebohm, the Flames put on a prolific performance in both game one and game two and rocked the previously undefeated Thunder to claim victory.

Steph Reid was awarded the Grand Final MVP after delivering 21 points and 11 assists in game one and backing it up in game two with 28 points and eight assists.

Reid’s WNBL teammate in Courtney Woods and new Melbourne Boomers’ signee, Mia Murray also join Reid in the Townsville side. The team will go without Alanna Smith this weekend.

The team who finished on top on the NBL1 Wildcard ladder, based on points percentage, won the position as the sixth women’s team to compete in the National Finals.

This year’s Wildcard entry is the Southern District Spartans. The Spartans will be out for revenge this weekend after falling to Townsville Flames in the NBL1 North semi-final.

Madelyn Allen top-scored for Southern Districts in the semi-final with 18 points and four assists after recently getting signed to the Sydney Flames.

The Albury-Wodonga Bandits were crowned the inaugural NBL1 East Champions after beating the Sutherland Sharks 85-72 at the Hills Hornets stadium.

The Bandits proved to be too strong for the Sharks, aided with the league’s MVP in Lauren Jackson, who had another solid performance in the Grand Final with 18 points, 11 rebounds and two assists.

Townsville Fire’s Lauren Nicholson put up 19 points, three rebounds and three assists and returning Sydney Flames guard, Vanessa Panousis added 17 points, seven rebounds, three steals and two assists for the Sharks, but the Bandits got the better of Sutherland and earnt a spot in the National Finals.

Taking on the Bandits will be NBL1 South Champions, Ringwood Hawks. Ringwood defeated Bendigo Braves in the NBL1 South Grand Final 89-73. Commonwealth Games bronze medallist and Adelaide Lightning superstar, Marena Whittle led the Hawks to the win, grabbing Finals MVP along the way with 33 points, 19 rebounds, four assists and two steals on 13/22 shooting from the floor.

All games of the NBL1 National Finals will be streamed on Kayo Freebies.