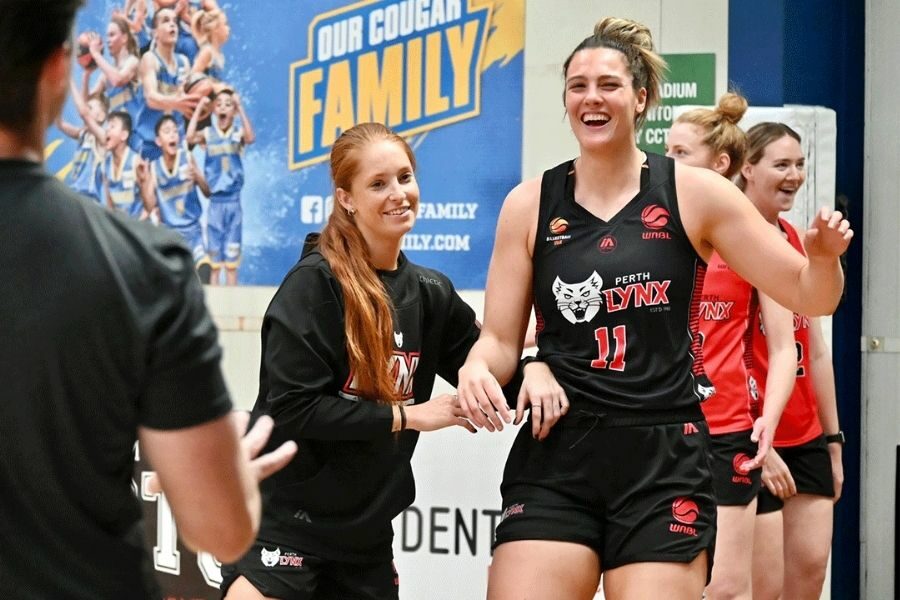 Players are sweating it out in pre-season, imports are arriving into the country, fans are snapping up club memberships and the countdown is on to the new WNBL campaign.

Here, we take a look at some of the changes around the competition ahead of the WNBL’s 42nd season.

The Tokyo Olympian and first-round WNBA selection signed with the Lightning last year but injury kept her from competing in her debut WNBL season.

Now, with an Olympics and WNBA finals series under her belt, Smith is primed to light it up for Adelaide alongside reigning Suzy Batkovic Medallist, Steph Talbot.

Sam Simons gets an opportunity with her home state after a dominant NBL1 campaign, while there’s excitement around SA rising star Tayla Brazel.

Jasmine Fejo returns after having a son in February.

Louella Tomlinson has retired and Morgan Yaeger has landed at Sydney.

The Spirit has undergone wholesale changes in the off-season, quickly securing some big names in free agency.

The biggest signing was the smallest in stature, dual Olympian Leilani Mitchell. The veteran point guard reunites with Tracy York who previously coached her at the Lightning.

Maddie Garrick returns to the club where she was part of championship success, Anneli Maley brings her athletic rebounding game to town while Meg McKay and Carly Boag arrive from the Fire and Flames respectively.

Carley Ernst had a baby boy in the off-season while Alicia Froling has departed for Canberra.

Melbourne has retained its experienced core and trio of Olympians in Cayla George, Ezi Magbegor and Tess Madgen but added some serious WNBA firepower.

The Boomers welcome back their barometer, point guard and fan favourite Lindsay Allen for her third season, while there’s excitement around what Indiana Fever shooting guard Tiffany Mitchell can produce.

Lily Scanlon is now a Boomer, ex-Australian junior representative Lou Brown is ready for her first taste of WNBL as is young gun Tess Heal who has just committed to Santa Clara University.

Perth may have just one WNBL title to its name but will enter the new season a championship fancy after a big off-season.

The Lynx welcome Lauren Scherf, fresh from playing some top defence for the Opals at the FIBA Asia Cup, from Sydney who will team up with fellow big Darcee Garbin.

Perth has landed a big fish in 2019 WNBA No.1 draft pick Jackie Young who won a 3×3 gold medal for the USA in Tokyo and played in the recent WNBA playoffs for the Las Vegas Aces.

Captain Katie Ebzery has retired after a distinguished career headlined by 300 WNBL games and 2 Olympics.

The Fire has a trio of additions to, and three departures from, the red-hot team that contested last season’s Grand Final against the Flyers.

Star point guard Shyla Heal has joined Sydney and will play under father Shane, Meg McKay has signed with Bendigo and Kate Gaze is Southside.

Triple WNBL champion and former captain Micaela Cocks is a big inclusion after having her daughter Hazel in 2020.

The Caps have lost three experienced campaigners but gained the most experienced player in league history.

In a heart-warming basketball story, medal-winning Opal Alex Bunton has come out of retirement.

The 28-year-old called time in 2019 after a horrid injury run and now, after a break from the game and the arrival of her daughter, has rediscovered her passion for the game.

The Caps have lost a Froling twin but gained the other, in Alicia.

The reigning premier has lost Liz Cambage and Rachael Sporn Medallist Leilani Mitchell but remain a contender thanks to some smart recruiting by coach Cheryl Chambers.

The experienced Abby Bishop, a WNBL champion and MVP, returns to the league, rising star Maddi Rocci steps into the point guard position and will play alongside sister-in-law Aimie (nee Clydesdale).

Kate Gaze (Townsville Fire) will pack a punch off the bench while FIBA Asia Cup bronze medallist Kristy Wallace, who showed her wares at Canberra before she was cruelled by a knee injury, will now don the teal.

Bec Pizzey has joined Sydney, while Steph Blicavs is expecting her second child next year.

There have been some famous father-daughter combinations over four decades of the WNBL and now a new chapter begins in Sydney.

In the 1990’s it was Ray Tomlinson coaching daughters Sam, Clarissa and Priscilla at the Melbourne Tigers. Then, Bernie and Kristi Harrower helped Bendigo achieve their first-ever championship.

Another famous Aussie basketball name, Keely Froling, has arrived in Sydney after representing Australia at Olympic 3×3 qualifiers and the FIBA Asia Cup in recent months.

Stephanie Watts, who was at the Chicago Sky with Shyla Heal earlier in the year, brings versatility and elite three-pointing shooting to the three spot.

Sydney and WNBL legend Shelley Gorman will share her wealth of experience as a newly-appointed assistant coach.