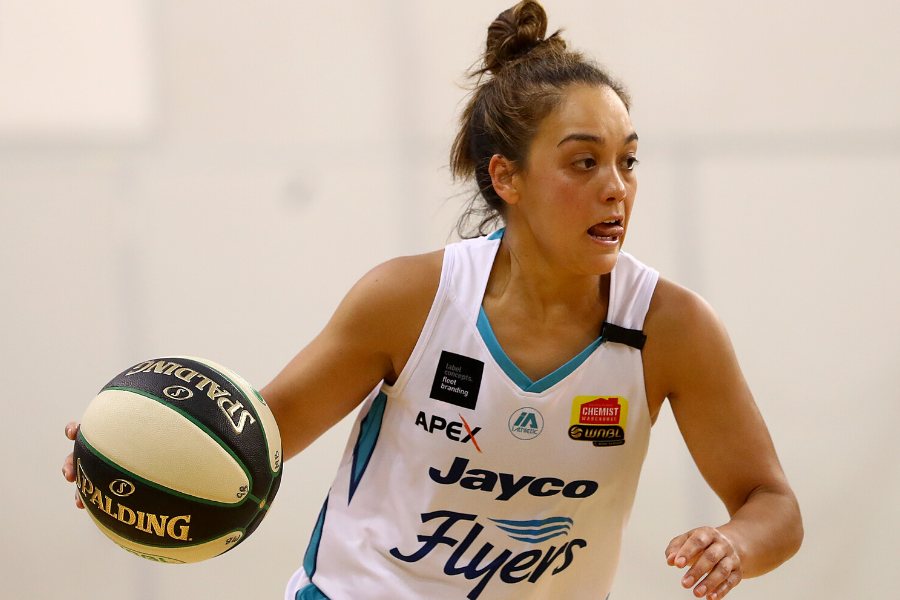 The electric Chemist Warehouse WNBL semi-finals continue on Tuesday night when the Southside Flyers and Adelaide Lightning light the wick of their best-of-three series.

The Flyers, who acquired the Dandenong Rangers’ WNBL licence during the off-season, soared in the regular rounds finishing top of the table with a 17-4 record under coach Cheryl Chambers.

Adelaide, runner up to the UC Capitals in an epic Grand Final showdown last year, finished in fourth place and will look to use that finals experience as they endeavour to go one better in #WNBL20.

Southside defeated the Lightning twice during the regular season, but Chris Lucas and Adelaide will draw plenty of confidence and self-belief from their 104-93 win at home in Round 12.

With Flyers captain Jenna O’Hea still on the sidelines recovering from wrist surgery, the calm and experienced head of Leilani Mitchell is absolutely crucial in a final.

Mercedes Russell has enjoyed a dream debut season and consistently proved her worth at both ends of the floor. Throw in Bec Cole, Sara Blicavs and Aimie Clydesdale, who comes up against her former side, and it remains a formidable starting line-up. Anneli Maley, Bec Pizzey, Kiera Rowe and veteran Louella Tomlinson are all ready to offer valuable contributions off the bench when called upon.

Adelaide has been sweating on the recovery and availability of their point guard and captain in Nicole Seekamp who copped an ankle injury in the final round of the home-and-away season.

Seekamp was simply superb in last season’s finals series, against Melbourne then Canberra, and has built on that form and her leadership this campaign. She also set a new league record for assists (20) last time these two sides met.

Lucas couldn’t have selected a better import than Turner who has been both a livewire and model of consistency, as highlighted by her second-place finish to Kia Nurse in the WNBL MVP, the Suzy Batkovic Medal. She also took out The WNBL Show Player of the Year award.

Turner is athletic, she is an x-factor, she defends and is made for the big stage of finals. Certainly, a key for Adelaide and a player to watch this series. Steph Talbot and Lauren Nicholson, like Mitchell and Blicavs, are back on home soil and high on confidence after playing their roles in France as the Chemist Warehouse Opals qualified for the Tokyo Olympics.

Import Kathryn Westbeld has shown what she’s capable of this season from a scoring point of view and could be a really important part of the Adelaide puzzle throughout this series. The Adelaide bench features two absolute champions of the league in Nat Hurst and Laura Hodges who can both offer valuable minutes and contributions should their experience be called upon, particularly early in this contest.

Spectators were treated to a scoring spree opening quarter in Canberra on Sunday as the Caps, and Boomers exchanged baskets, both the Flyers and Lightning are capable of high-octane offensive displays but don’t be surprised if this series opener becomes a defensive arm wrestle.

Adelaide host Game 2 this Saturday night at Titanium Security Arena, with a deciding Game 3, if required, back at Dandenong Stadium on Wednesday, February 26.