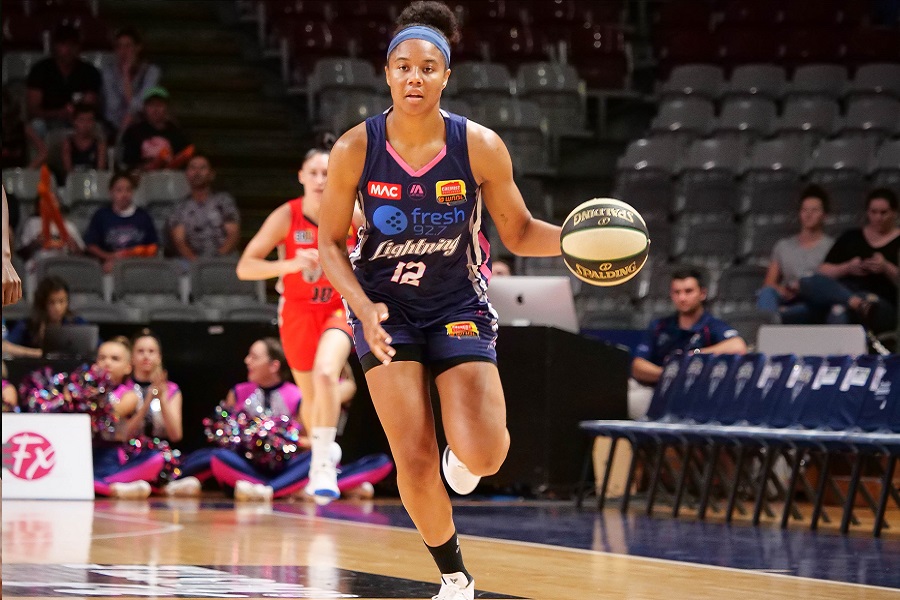 ROUND 15 PLAYER OF THE WEEK – NIA COFFEY

Nia Coffey has been named the Round 15 Player of the Week after leading the Adelaide Lightning to a miraculous 21-point comeback on Saturday night to secure third position on the ladder.

The Lynx looked dominant early as they held the Lightning to just 30 points in the first half but Coffey helped the visitors mount a comeback after the main break.

She got to the free-throw line at will as Adelaide began to find their groove at the offensive end but it was at the other end of the floor where Coffey truly shone, recording a league season-high seven blocks for the game.

Finishing with 20 points and nine rebounds to go with those rejections, the Lightning forward came close to a triple-double but she saved her most impactful plays for the final minute.

With Adelaide leading by one point after an Aimee Clydesdale pull-up-two, Coffey denied the Lynx’s final two shots, including Alison Schwagmeyer’s lay-up attempt on the buzzer, to win the game.

NIA COFFEY WITH THE GAME-WINNING BLOCK!

Schwagmeyer drove for the lay-up on the buzzer but Coffey came up with her 7th rejection of the night and @AdelLightning win 82-81! #WNBL19 #LifelineRound

The Player of the Week nod for the Las Vegas Aces import comes after Coffey narrowly missed out on the award last weekend but this round will see her earn a fifth Team of the Week nomination for the season.

Nia Coffey Round 15 stats: 20 points on 35% shooting, nine rebounds, one assist, one steal, and seven blocks.