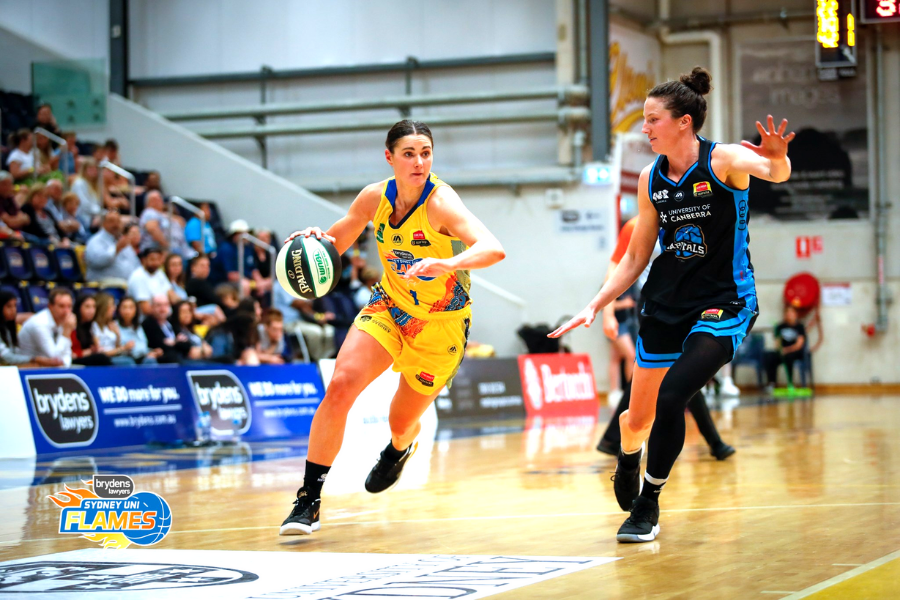 While anticipation is building rapidly for the Cup Eve blockbuster between the unbeaten sides, the Flyers have a game to take care of first – Bendigo at Dandenong Stadium on Sunday afternoon.

“I think if we take our eye off Bendigo we’ll be in trouble.”

Southside beat the Spirit last round at Traralgon, 85-77, brushing off a late fightback from the opposition.

“The first four minutes of the last quarter they went right at us and gave us everything which was good because we were able to stem the tide and push it back at them. I said to the girls although I was displeased with the first few minutes we were able to get back into a position where we were back in control again,’’ Chambers said.

And while focus will turn to Melbourne on Sunday night, Chambers, who played for and coached the Bulleen Boomers, knows how big the rivalry is between the near neighbours.

“When I started coaching Bulleen, Dandenong were winning everything and we struggled to get close to them and then as my tenure went on we beat them, so I was on both sides,’’ she recalls.

“They were always great games, the crowds were great, the excitement, the battles. We all know each other really, really well and are friends off the court. The rivalry has always been around and it should be a cracker.”

Bendigo will be boosted by the welcome inclusion of Becca Tobin who’s recovered from a concussion she sustained at practice in the lead-up to Round 1.

Back at home, the Spirit will look to replicate the basketball it produced back in Round 2 to knock over Perth.

Lightning star Brianna Turner dominated against the Lynx last week, influential in getting the game to, then winning it in overtime. She was rewarded with WNBL Player of the Week status for her efforts.

And while Adelaide is still without Crystal Langhorne and Laura Hodges, they continue to be led superbly by captain Nicole Seekamp and the likes of Lauren Nicholson, Steph Talbot and Nat Hurst.

Beware of the wounded Caps.

Simply put, Canberra’s Round 3 was a disaster and the team will have quickly put the pair of defeats behind them.

Experienced heads Kelsey Griffin and Marianna Tolo would’ve been seething after the weekend and their leadership and ability to bring the group together will go a long way towards the Caps turning the tables here.

The Flames beat the Caps last Sunday to score their first win of the season and know their best ball is good enough to dismantle the opposition once again.

The Caps celebrate Indigenous Round with a stunning guernsey. Young gun Abby Cubillo is the first born and bred Northern Territory woman to play in the WNBL and has been a driver of the Caps initiative. $1 from every ticket, and $10 from every Indigenous jersey, sold will go towards an Indigenous basketball scholarship the club has founded.

Poor Perth. Two overtime defeats in a little over a week.

The Lynx have now lost three on the trot and welcome a Townsville side breathing Fire after a 0-4 start to their campaign.

Katie-Rae Ebzery was sublime last round against Adelaide, namely her 15 assists! Nadeen Payne has slotted into her new team seamlessly, while Perth will finally suit Ariel Atkins up for the first time however they are still without fellow import Imani McGee-Stafford.

Abby Bishop and Tess Madgen shone for Townsville last Sunday against Melbourne and if the Fire can conjure some consistency across four quarters, will breakthrough for victory.

These two face off for the second time in as many rounds and Bendigo coach Tracy York will be rapt to have Tobin out on the floor going head-to-head with Mercedes Russell.

Carley Ernst produced a career-best display to get the Spirit over the line against Perth in Round 2 but failed to score last week in Traralgon. She will be determined to make an impact against her former side, this time round, as she returns to Dandenong Stadium for the first time.

The Michele Timms Cup has been contested by the Melbourne clubs since 2005 but there hasn’t been this kind of hype in years.

Both sides are undefeated heading into the round, it’s the first time the teams have met, with points on the line, since the Rangers rebranded to the Flyers and Jenna O’Hea returns to the SBC after crossing Southside.

The match-up between Lindsay Allen and Leilani Mitchell is tantalising. Mercedes Russell welcomes the challenge against in-form Boomers and Opals team mates Cayla George and Ezi Magbegor while Sara Blicavs is coming off her best display of the season and always gets herself up for the derby.

The Flyers back up just over 24 hours after hosting Bendigo, while this is the Boomers only game for the weekend after a hectic Round 3 with games in Geelong and Townsville.

*all fixture times listed are in local time.