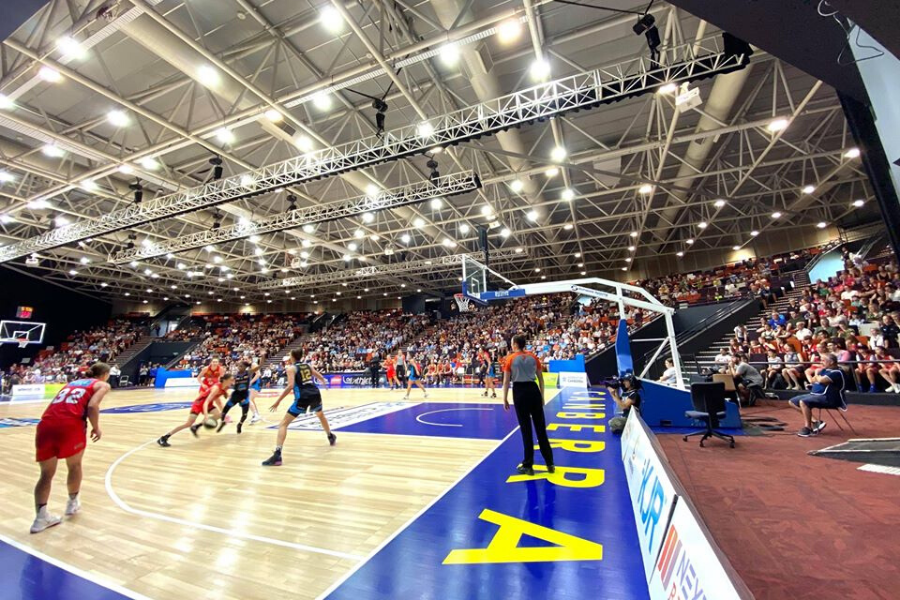 Team was the theme for the UC Capitals as they overcame Perth Lynx in front of their biggest home crowd of the #WNBL20 season.

Veteran Marianna Tolo was full of praise for her team and its stellar 32-point final term.

“When you look at the scoreboard, we held them to 66 points and they’re averaging 78 and I think that was really telling of us to dig deep and get stops, especially down the stretch, and that really helps us offensively,’’ she says.

“We’re big on defence first and that really showed with the score line because in other areas Perth were great at offensive boards, great at forcing turnovers and getting lay ups, so getting stops was important for us.”

Tolo was one of 7 Canberra players to hit the score sheet.

“We had some players hit some big shots with Olivia (Epoupa), Kia (Nurse) and Kelsey (Griffin) and even Gemma Potter hit huge shots at the start. It really helps when you’ve got players who can score across the board because it makes you so hard to stop when there’s a million things to think about.”

Facing off for the first time since last season’s semi-final series, it was the Boomers who stormed home at Titanium Security Arena to post win No.5 of #WNBL20.

Game MVP Lindsay Allen (20 points, 6 rebounds, 5 assists) was again the barometer for the Boomers who produced a telling 26-13 last quarter. Ezi Magbegor (13 points, 11 rebounds) and Cayla George (13 points, 7 rebounds) fresh from Opals duty were in good touch, plus Penina Davidson banked 11 points and 9 rebounds against her old side.

With the Lightning losing the night before, Perth’s away clash with the Flames held even more significance with the Lynx looking to keep in touch with the top 4.

Ally Wilson played the full 40 minutes for 16 points and assists, Colleen Planeta (16 points, 9 rebounds) fell a board short of a double-double, Lauren Scherf had 14 points with Jess Kuster (16 points and 9 boards) and Alice Kunek (10) also featuring.

The Flyers signalled their intentions early up north with a sizzling 30-point first quarter.

Not only did Southside go at 66 per cent in the opening term but defensively restricted the Fire to just 30 per cent for the game.

Abby Bishop’s 20 points and 8 rebounds was the shining light for Townsville.

The Boomers took the broom to Bendigo and left with a 3-0 sweep of the Spirit.

Bendigo will quickly want to put an afternoon, where they shot at just 35 per cent and turned the ball over 28 times, behind them as they now languish at 2-6.

Centre Becca Tobin finished with 15 rebounds (10 in the first half), Abi Wehrung top scored with 13 points and veteran Kelly Wilson dished out 9 assists.

This result pushed the Caps’ season ledger to 6-2, critical given the Boomers successful weekend, and also marked their 15th consecutive victory at home.

For Perth, Lauren Mansfield (23 points) was the standout, Schwagmeyer-Beger (19 points, 7 rebounds) started like a house on fire with 16 first-half points but was restricted to just a further 3 after half time and Nadeen Payne had a 10 point-10 rebound double-double.