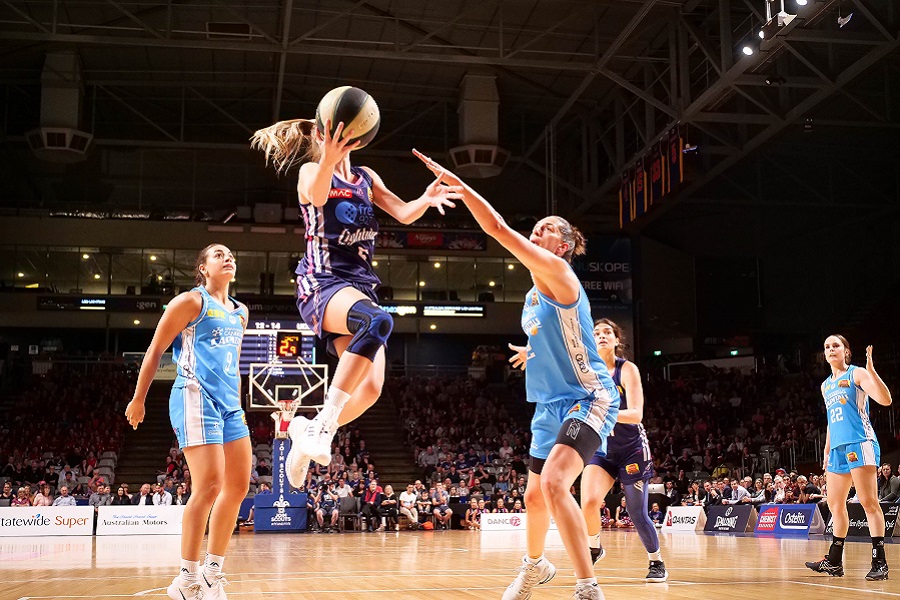 Despite leading for less than five minutes during the contest, the Adelaide Lightning have pulled off an incredible victory in Game 2 of the 2018/19 Grand Final series, beating the University of Canberra Capitals 74-73 on a buzzer-beating shot from Nicole Seekamp.

In front of 3,702 fans, the Lightning played an intense, desperate game throughout the night with their harassing defence back to its trademark best courtesy of Lauren Nicholson, Steph Blicavs (eight points, two steals) and Nia Coffey who had more than her fair share of highlight blocks.

That defence gave Adelaide a chance and on the final possession of the game, Nicholson brought the ball up the floor and looped it over the top to Seekamp who finished with a turnaround jumper on the siren.

The shot denied the Capitals their eighth Championship in league history and overcame an incredible performance from Kelsey Griffin who finished with 24 points and 23 rebounds- a season-high for the league.

Not without controversy, Seekamp’s final shot may have come moments after the siren blew while Capital fans were calling for a travel on Nicholson seconds before the shot.

Adelaide were threatening all night, trimming the deficit to within a possession on four occasions in the third quarter and tying it once but the Capitals seemed to have the answers, with Leilani Mitchell (13 points, six boards, nine assists) and Griffin knocking down three-pointers in response.

Free-throws from Nia Coffey finally got the Lightning in front with three minutes remaining in the penultimate term but a three-point buzzer-beater at three-quarter time from Kia Nurse (16 points, ten rebounds) put the Caps back in front at the last change.

That play seemed to sum up Adelaide’s night, so close but so far, and the Caps rubbed salt into the wound with an 8-2 run to start the fourth term.

The Lightning brought the intensity up another notch from then and while they struggled to knock down consecutive baskets, Seekamp and Nicholson (13 points, seven rebounds) broke the drought with back-to-back three’s inside the last 3:30.

Kayla Alexander then made it a one-point game with 2:30 to go before Coffey (14 points, ten rebounds, five blocks) agonisingly missed two lay-ups to put the home side in front.

Alexander (12 points, 11 rebounds) made no mistake on her lay-up attempt and while Griffin had an instant reply at the other end of the floor, Seekamp proved the heroine on the final play of the game.

For the second straight season, the Grand Final series heads to a Game 3 with the UC Capitals hosting Adelaide on Saturday, February 16 at 5.00pm local time.

FOX SPORTS Australia will broadcast the clash live on channel 507.