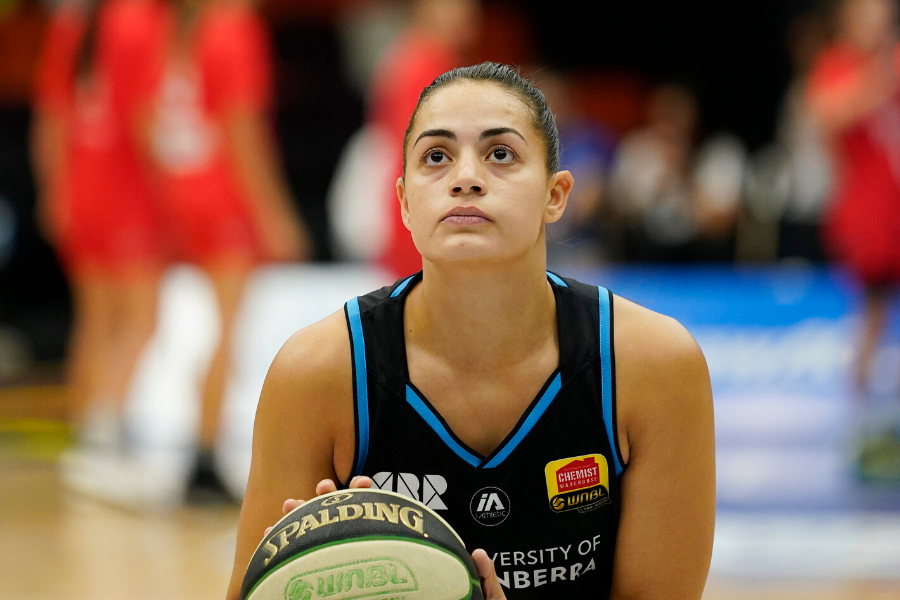 The Podcast Snack with Maddy Rocci

One of the league’s most improved players has attributed her new-found confidence to the belief instilled in her by a superstar teammate.

UC Capitals point guard Maddy Rocci is enjoying a rich vein of form following a career-best display against the Southside Flyers in Round 14 and says some encouraging words from co-captain Kelsey Griffin have gone a long way.

“It’s been super good, I was lacking that little bit of confidence at the start of the season not knowing the starting role and whether to pass the ball or to take my own shot,’’ she told The Chemist Warehouse WNBL Show.

“I had a chat to Kelsey Griffin and she really helped me with confidence. She just said that she believed in me and trusted everything that I had to do.

“Going into the next couple of games I had that in the back of my mind and was able to back myself because my teammates were really backing me and having the confidence to play basketball.

“Kelsey’s been awesome, especially this period where we haven’t had everyone here at training while the girls have been at Olympic qualifiers, she’s really lifted the group and got us through the past week and a half.”

The Caps host the Melbourne Boomers in the opening game of their #WNBL20 Semi-Final Series this Sunday at the AIS Arena.