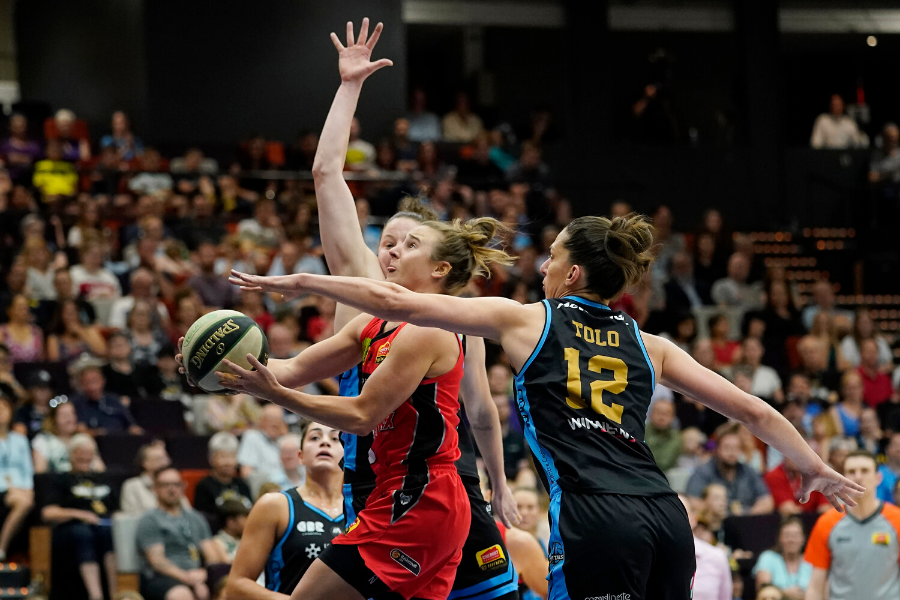 The Podcast Snack with Marianna Tolo

UC Capitals veteran Marianna Tolo has heaped praise on her side after an incredible performance in Round 14 under trying circumstances.

Reigning league MVP Kelsey Griffin suffered a hamstring injury before the weekend, while Canberra was without Keely Froling against the Flyers after she copped a broken nose and fractured cheekbone in the extra-time victory.

“I’m so proud and to see some of our girls get career-high games just warms the heart and justifies all the hard work they’ve been doing. To get that opportunity and really seize it, it’s just awesome and makes everyone on our team that little bit better,’’ Tolo told The Chemist Warehouse WNBL Show.

“We work on our culture a lot. Kelsey and myself often talk about those things and after the Townsville game we really spoke to each other in the changerooms about what we want to do, what we want to be known for and how we want to play and going into the game against Southside we were just prepared and they had all the pressure on them.

“We were the underdogs, we only had 8 players so we got out there and let it flow which really showed.”

Tolo says everyone stepped up from Alex Delaney to Maddy Rocci and Kia Nurse.

“We had to step up and luckily everyone was ready to go. That overtime win was massive for us, what a game,’’ she said.

“(The Southside game) was awesome. I was definitely daunted going into the game knowing I was the only real big out there and that we had eight players and that it was going to be tough but wow the way we started was everything we could have hoped for both defensively and offensively, I’m so thankful for that.”