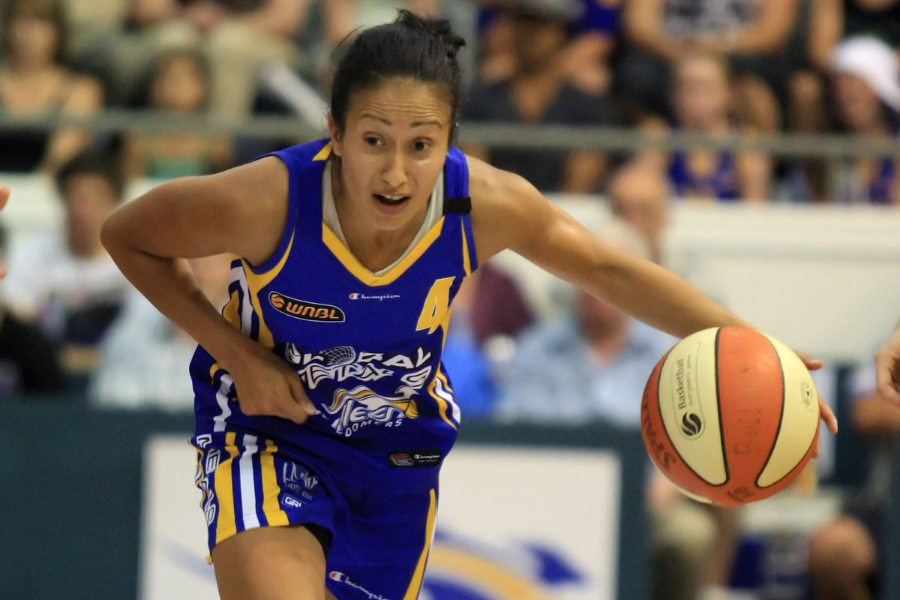 SHARIN Milner’s 220th and final WNBL game was her best ever and most memorable.

The veteran point guard might have been the smallest player on the court in the 2010-11 Grand Final but produced the biggest performance as Bulleen Boomers won their first title.

It was another stroke of genius from master coach Tom Maher who knew reigning back-to-back champs Canberra would be doing all it could to stop Bulleen’s teenage sensation Liz Cambage.

It was simple, in order for the Boomers to win, Milner had to fire.

And that’s what she did with a game-high 27 points and five assists in a performance that made history for her team and netted her the Rachael Sporn Medal for Grand Final MVP.

“I’d come back from a pretty serious injury but I wouldn’t say that was to blame for my poor shooting percentage,” Milner, 41, recalled this week.

“We had five Opals players on our roster (Liz Cambage, Jenna O’Hea, Rachel Jarry, Elyse Penaluna, Hanna Zavecz) and I was coming into the game thinking I’d play my usual general role running the point then the day before Tom said ‘You know we need you to get 20 tomorrow if we’re going to win?’

“And I thought ‘wow for someone averaging four points a game, that’s a pretty big call!’

“In hindsight of course they were going to sag off me when you’ve got Liz in the form she was in then we had Jenna, Rachel, Elyse and Hanna.

“Tom told me to take my shots and be confident, I knew I could knock them down.

“It was one of those days where it felt like everyone was in the zone and I was too. I was nervous but I think I just knew I had a responsibility and that came in the form of points which was not common for me.”

The championship team will be celebrated at the Melbourne Boomers home game against Bendigo Spirit at Parkville this Sunday, the very venue where Bulleen prevailed 103-78 on March 13, 2011.

Milner and veteran teammates like her co-captain Desi Glaubitz, Anna Crosswhite and Kylie Reid had played in two consecutive Grand Final defeats to the Caps before the Boomers’ ultimate triumph.

Under Cheryl Chambers, Bulleen made its first-ever Grand Final in 2009 and lost in a thriller in the nation’s capital, 61-58.

The following season, Maher’s first in the job, the Boomers fell to a Lauren Jackson-led Caps, 75-70, in Melbourne.

Those heartbreakers were in the back of Milner’s mind despite the Boomers getting out to an early, commanding lead in the 2011 decider.

“Because I’d lost two, you wonder if the margin is enough, can they come back? Tom subbed me off with a minute to go and I could hear the crowd noise. I remember looking around and seeing so many loved ones and former Boomers. It was so special.”

The entire team went on a memorable end-of-season trip to Bali and has maintained friendships over the past decade.

Some have played alongside each other again in different teams or leagues. Cambage, O’Hea and Jarry played together in a championship for Southside Flyers in 2020.

“I’m so excited for the weekend,” Milner said.

“When you collectively achieve something like that for a club like Bulleen, who had gone through so much to try and get to that point and stay on the court, it’s so special especially when it was the first, and remains the only, championship.

“From the blue collar, scrapping club to winning a championship in front of a packed stadium at Parkville, I can’t remember there being an atmosphere like that since.”

Five veterans retired after the title while the young guns at the start of their careers, Cambage, O’Hea and Jarry, would play for Australia in a combined 6 Olympic Games (London 2012, Rio 2016, Tokyo 2020).