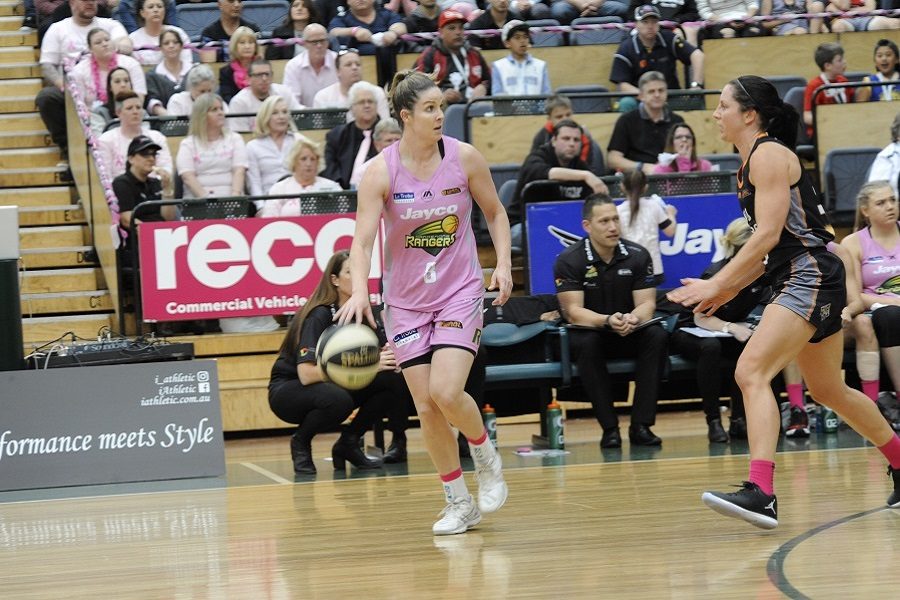 Every team is on the winners list at the end of Round 3 with Dandenong sweeping the weekend while the Boomers have moved a game clear on top of the ladder.

After falling to the Spirit only five days before, Perth exacted their revenge with a devastating offensive performance of their own, shooting 58% from the field and 50% from deep with nine players hitting the scoreboard. Alice Kunek (23 points), Alex Ciabattoni (21 points) and Sami Whitcomb (17 points, five rebounds, nine assists) all starred, countering Kelsey Griffin’s double-double of 22 points and 11 rebounds to earn their first victory of the season.

Andy Stewart, Lynx coach: “The rotations tonight, the effort level, the defensive intensity- everything was such a significant improvement on anything we’ve produced so far.”

After falling behind by 12 points at quarter-time, the Fire threw everything they had at the Flames in the final term, cutting the margin to a one-possession game seven times before Sydney Uni finally secured the win from the free-throw line. Cayla George (ten points, 16 rebounds) and Suzy Batkovic (22 points, ten rebounds) led the comeback for the home side but they could not overcome the performances of Katie Ebzery (20 points) and Asia Taylor (19 points, nine rebounds).

Claudia Brassard, Fire coach: “We played much better in that second half. You can’t give the defending Champs a 15, 20-point lead and try to catch up on them.

Cheryl Chambers, Flames coach: “They have so much scoring power, we knew they were going to come back at us. To come away with a win up here, we are pleased.”

Leading by 15 points at three-quarter time, the Lightning looked to be cruising and they still owned a nine-point edge inside the final four minutes. However, Bendigo would not go down without a fight and forced overtime on an 11-2 run before Adelaide finally secured the win. Even with Abby Bishop (16 points, 11 rebounds) fouling out, the home side hung on through Colleen Planeta (21 points, nine rebounds) and Natalie Novosel (19 points, six assists). Griffin had her second straight double-double for the Spirit with 17 points and 16 rebounds while Gabe Richards tallied 22 points in the loss.

Chris Lucas, Lightning coach: “The league is tough and Bendigo did a great job of coming back at us to tie it up into overtime, we had our opportunities to secure the win in normal time but that’s the nature of the league this year anybody can beat anybody. The thing we can take out of it is we didn’t play well but we got the result.”

The final team to get on the winners list, the Rangers were emphatic at the defensive end to shut down the Fire and hand them a second consecutive loss for the weekend. At the other end of the floor, Carley Mijovic scored 28 points on 10-19 shooting while Steph and Sara Blicavs combined for 27 points and Kayla Pedersen had a double-double of ten points, 13 rebounds. Batkovic again starred in a losing effort for Townsville, combining 21 points and ten rebounds with six assists, two steals and two blocks.

Kayla Pedersen, Rangers: “I feel like today we executed more, played better defence and did the things we have practiced. We tend to show a lack of maturity at times so for us hunker down, hit some big shots and get some stops, that was a big improvement for us.”

Claudia Brassard, Fire coach: “When you don’t follow the scout, it’s hard to be too positive. We were out-rebounded, we lost the effort plays, and things need to change. Once again we made a slow start to the game, and if we can’t get the job done, we will have no other choice but to make changes.”

The second game of the day went into overtime as Perth pushed the Boomers all the way thanks to a combined 38 points, 16 rebounds and 12 steals from their guard duo of Sami Whitcomb and Courtney Williams. Despite an undermanned front court that was missing Jenna O’Hea (calf injury), Melbourne reigned supreme in the end courtesy of Liz Cambage, who scored her team’s first six points of the extra period to finish with 23 points and 22 rebounds. Brittany Smart (16 points, seven rebounds, five assists) and Maddie Garrick (15 points) were also integral to the win.

Guy Molloy, Boomers coach: “We just got a bit ambitious with our decision making and turning it over in the second half which we hadn’t been doing, that was probably the only black mark on the game. But I’m really pleased with the way we fought back and pushed ourselves to an important win.”

A thrilling finish to an exciting round saw the Rangers edge the Caps by a point thanks to Laia Palau who hit the game-winning lay-up with half a second remaining to give Dandenong a sweep of Round 3. There were seven lead changes inside the final four minutes but the performances of Sara Blicavs (24 points, 13 rebounds) and Kayla Pedersen (19 points, 11 boards) got the visitors over the line as they played their second game in less than 24 hours. For the Caps, Abbey Wehrung was hot all afternoon, finishing with 19 points on 5-6 three-point shooting.

Paul Goriss, Caps coach: “I don’t think we stuck to our game plan very well. We didn’t follow instructions at times and the loss is on all of us, me and the playing group. In patches we were great when the ball was moving and getting through the hands, but when it sticks in people’s hands is when we struggle.”

Larissa Anderson, Rangers coach: “That’s exactly what happened to us in Sydney last week and it hurts to be up for the whole game and lose, so it’s nice to get one of them back. Make no mistake, Canberra played really well and really punished us, so credit to them… but I think a lot of it was from us working hard in defence.”

Luke West reported on Perth getting their revenge against the Spirit for the Bendigo Advertiser: http://www.bendigoadvertiser.com.au/story/5000748/lynx-gain-revenge-on-spirit-with-106-79-belting-in-wnbl/?cs=2443

The Adelaide Advertiser had the wonderful news of Chris Lucas returning to coaching for the Lightning: http://www.adelaidenow.com.au/sport/basketball/adelaide-lightnings-chris-lucas-given-cancer-all-clear-will-take-charge-of-wnbl-clash-with-bendigo/news-story/12836a2f25c12d89906f7e6352b225ad

Reece Homfray also reported for the Adelaide Advertiser that the Lightning are hopeful Ruth Hamblin’s back injury is not serious: http://www.adelaidenow.com.au/sport/basketball/adelaide-lightning-hopeful-centre-ruth-hamblin-wont-miss-a-game-due-to-back-injury/news-story/01b5354f22ea13a189fc027ec3238dbd