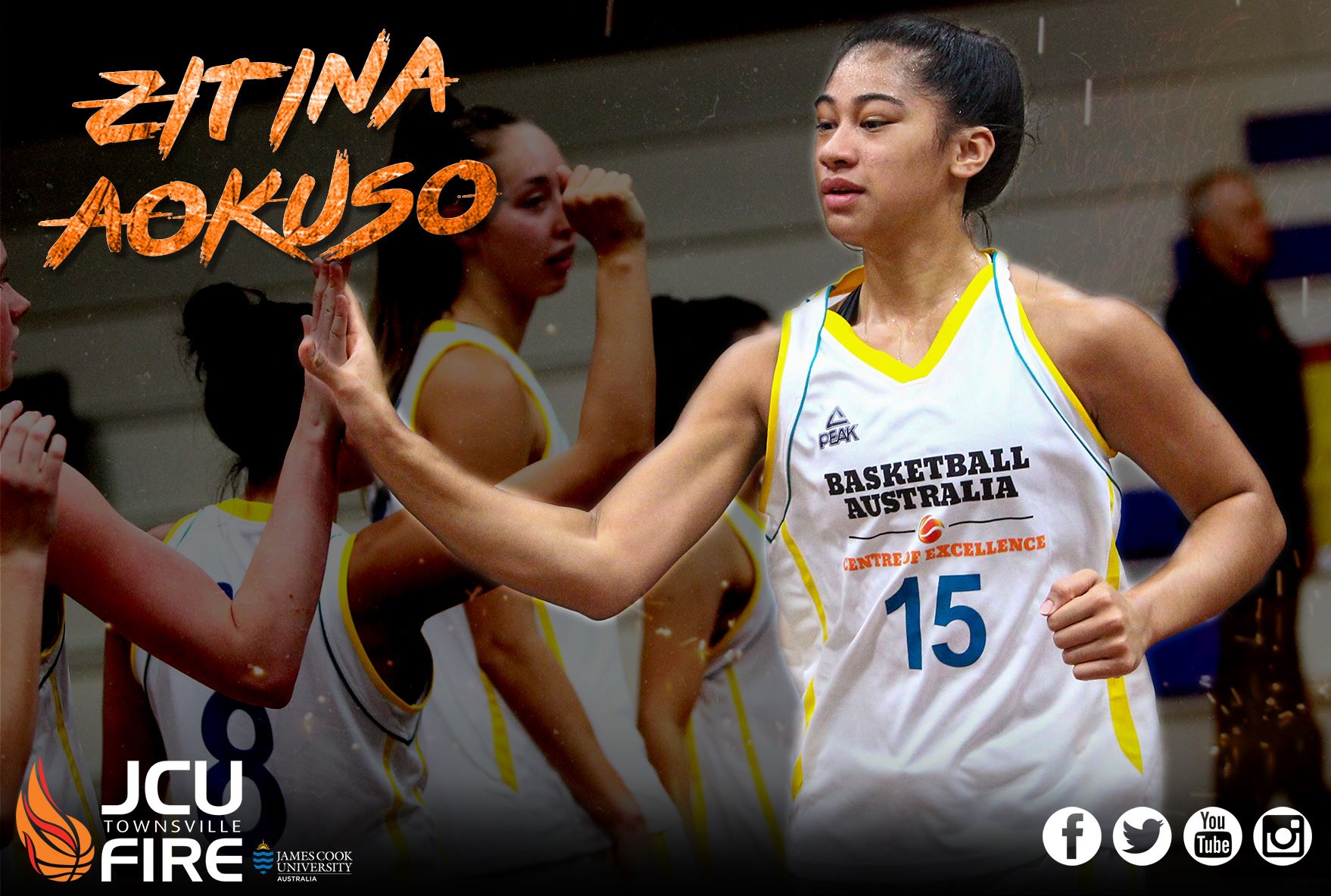 YOUNG GUN TO THRILL THE ‘VILLE

The JCU Townsville Fire have signed one of the nationÕs most exciting prospects, Zitina Aokuso, for the 2017/18 WNBL season.

In a homecoming of sorts, the 18-year-old, who created a social media storm last year when a video of her slam dunking at training went viral, will link up with the Fire after completing her commitments at the Basketball Australia Centre of Excellence.

ÒZitina is an exciting recruit for our club,Ó Fire coach Claudia Brassard said.

ÒShe is one of QueenslandÕs most promising young athletes and IÕm really looking forward to working with her.

ÒShe is athletically gifted, an excellent rebounder and more importantly very eager to work on her game.

ÒShe is a late comer to basketball and I see her as having a world of potential and I believe her competing against some of the best forwards in the nation everyday will help her improve her game.Ó

During the current South East Australian Basketball League season, Aokuso is averaging 8.3 points and 6.3 rebounds for the COE team.

Having represented Australia at underage level, the 190cm forward said she was looking forward to joining the WNBL and pulling on a Fire singlet.

ÒOne of my goals was being able to play in and experience the WNBL and IÕve been blessed to reach that goal,Ó Aokuso said.

ÒAfter a year and a bit at the AIS/COE, IÕve grown so much in the game due to my determination and support from coaching staff.

ÒI am determined to bring a positive mindset Ð and drive Ð to excel in all aspects of the game.

ÒIÕm really looking forward to Townsville itself, training and playing alongside Ð and against Ð the best in Australia.Ó

With two import positions still available, the Fire are working behind the scenes to round out their roster ahead of 2017/18 memberships going on sale from June 1.