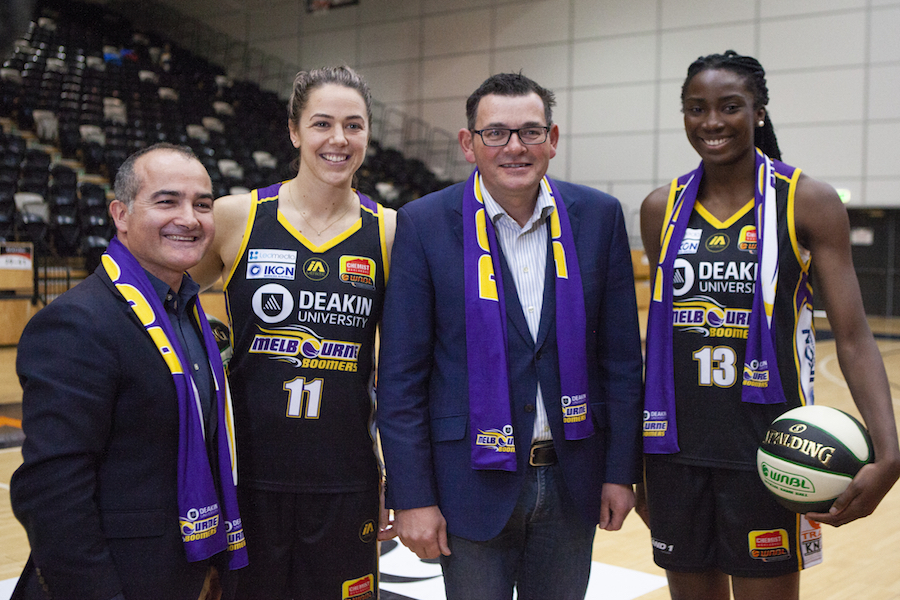 The Deakin Melbourne Boomers have joined forces with Basketball Australia, Basketball Victoria, Knox Basketball and the NBL’s ninth franchise, in collaboration with the Andrews Labor Government and Knox City Council, in announcing a $107 million expansion project at the State Basketball Centre.

Victoria will cement its position as Australia’s basketball capital with a massive expansion of basketball programs and facilities under a re-elected Andrews Labor Government. A re-elected Labor Government will deliver a massive expansion of basketball facilities at SBC that will include upgraded team and administration facilities for the Deakin Melbourne Boomers, along with improved game day facilities for supporters.

It will also include 10 new community courts for local basketball competitions in Melbourne’s growing south-east and the relocation of Basketball Australia’s training facilities (CoE) from Canberra.

A re-elected Labor Government will provide $82 million towards the expansion project, with Knox City Council to contribute the remaining $25 million.

Labor will also invest $5 million to establish seven new high-performance basketball hubs around the state and a further $1 million to develop a business case to build the Knox Arena, a new 6,000 to 8,000 seat stadium that would bring major sports and entertainment events to Melbourne’s suburbs.

“Victoria is the home of basketball – more people hit the court here each week than in any other state and only Labor will help basketball keep growing in Victoria from the grassroots to elite level,” said Premier Daniel Andrews.

“That means new courts and better facilities for local clubs or if your kids dream of playing for Australia or the NBA – we’ll give them a pathway to get there.”

“This announcement is fantastic support for basketball and in particular it’s pleasing to know the facilities and game day experience for our elite athletes and fans alike is being catered for. At the Deakin Melbourne Boomers we are striving to elevate girls and women in basketball and this exciting development will go a long way to doing this,” said Jackson.