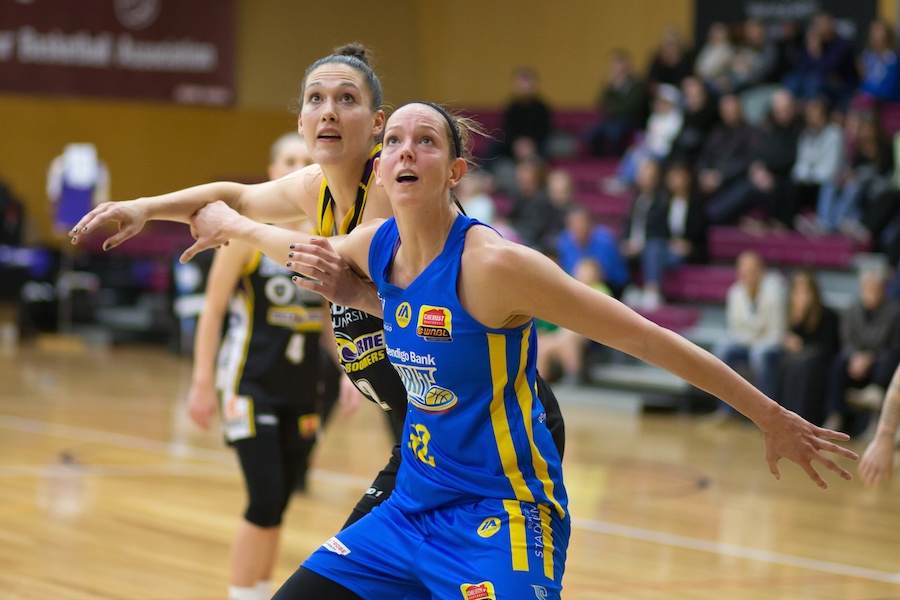 The 2018/19 Chemist Warehouse WNBL season is upon us and new Deakin Melbourne Boomers recruit Sarah Boothe has entered her first WNBL season.

We spoke with the recruit to gain some insights into her thoughts of the season ahead.

What are looking forward to the most about the season?
I’m excited to play with and against elite athletes and to push myself both as a basketball player and as a person.

What would a successful season of WNBL look like for you?
This is easy – winning the Grand Final!

How did you prepare leading up to the season?
I went to the states for a month and worked out with my basketball trainer as well as continuing to work on my strength and conditioning.

What have you enjoyed most about the pre-season?
I enjoyed getting to know the girls on the team and learning more about women’s basketball in Australia, it’s history and how it has grown over the years.

What will you take from the pre-season into this season?
Everyone associated with the club, from the staff, to the players, to the coaches and to all the support staff even the owners and sponsors has shown a real sense of togetherness and a commitment to push the club to be the best it can be.

As players, even when things were hard or we were tired, everyone remained positive and together. That will be very important to hold on to as we enter the official season and find ourselves in adverse situations along the way. Our commitment to stay together and to push ourselves will propel us to where we ultimately want to be at the end of the season, playing in and winning the Grand Final.

How will you use aspects of your training to take your performance to the next level this season?
During practice we focus a lot on making sure we get the details right: being in the right position, taking the best shot, making the right screens to get a player open. The ability to execute these details will help me elevate my game and help my team on the court.

How have you stay motivated throughout the year until this upcoming season?
I’ve been able to stay motivated because I love the game of basketball and the life I’m able to live because of it. I get to travel to different countries, experience different cultures and meet amazing people.

What player should Boomers fans watch out for this season?
Jaz Shelley – she’s a very mature player for her age and she has a deadly three-point shot! I think she’s just brushing the surface of what she’s capable of and I can’t wait to see how she grows as a player and person this season.

What strengths do you believe you bring to the Boomers?
I think one of my best personal strengths is that I’m a great teammate. In terms of performance strengths, I’m a very physical player.

What does this opportunity to play in the WNBL mean for you?
It means the world to me! I have the chance to continue to play in a country that I see as a second home and be around people I consider family. And let’s not forget the chance to experience an Australian summer!

What are you most excited about stepping into the WNBL and playing with the Boomers?
The Boomers is a really special club, not just for the elite basketball teams it puts out, but with how connected the club is with the community. I’ve never been part of a club that makes such an extra effort to engage with their fans and to promote women’s basketball across different communities.

Lastly, what is your pre-game ritual?
I get ready about an hour before I have to leave for the game and I always have to start with a shower.