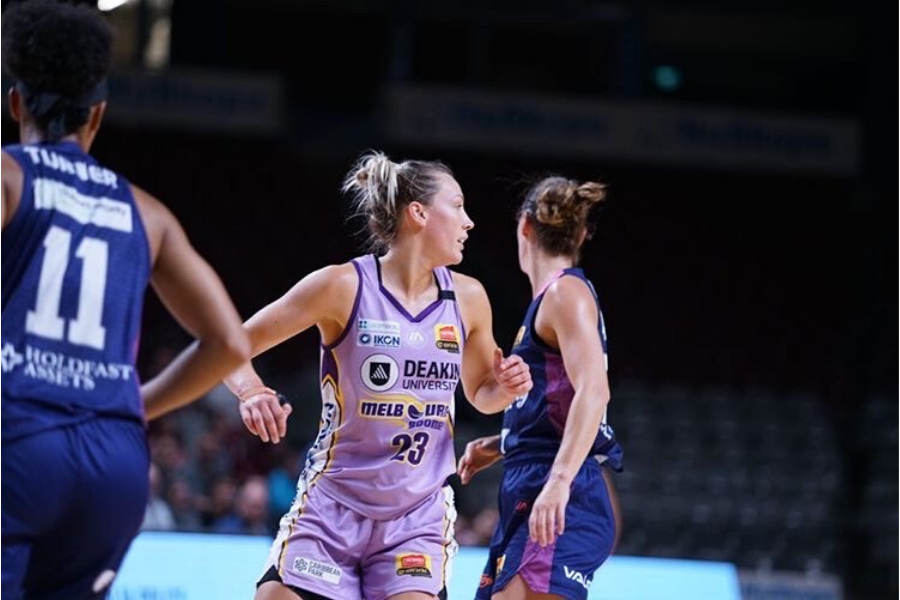 Despite leading by as much as 14 points, the Deakin Melbourne Boomers have defeated the Adelaide Lightning by five, 74-69, in their first of two matches against top four teams this weekend.

Import Sophie Cunningham put up a superb performance for the Boomers, shooting at 57% from beyond the arc and leading the team from the front with 18 points and five rebounds. Both Cayla George and Ezi Magbegor were also good for the Boomers, with 14 points a piece. Magbegor also had eight rebounds and two assists while George had seven rebounds and a massive seven assists.

While the Boomers were excellent from beyond the arc, shooting at 45%, it was a night Adelaide would rather forget, finishing with just 10%. A statistic they’ll no doubt need to significantly improve on leading into Finals.

Despite the loss, Adelaide’s Brianna Turner, had a ripper game, making a double-double (23 points, 11 rebounds) and four steals, whilst Kathryn Westbeld also had a strong outing with 18 points and five rebounds.

With scores tied up following the first quarter (18-18), the Boomers started hitting some big shots and by the half held a nine point lead, 44-35.

They extending the lead out to 12 by the third quarter, but in the 4th the Lightning struck, and with only 4:52 remaining on the clock the home side closed the gap to a mere four points.

Despite some poor passing by the Boomers in the last minute, some good defence saw them seal the victory.

The weekend doesn’t end here for the purple power as they head back home to face local rivals the Southside Flyers on Sunday in a highly anticipated top of the table clash which could see them knock the Flyers from the top spot on the ladder. You don’t want to miss this one, tickets here.