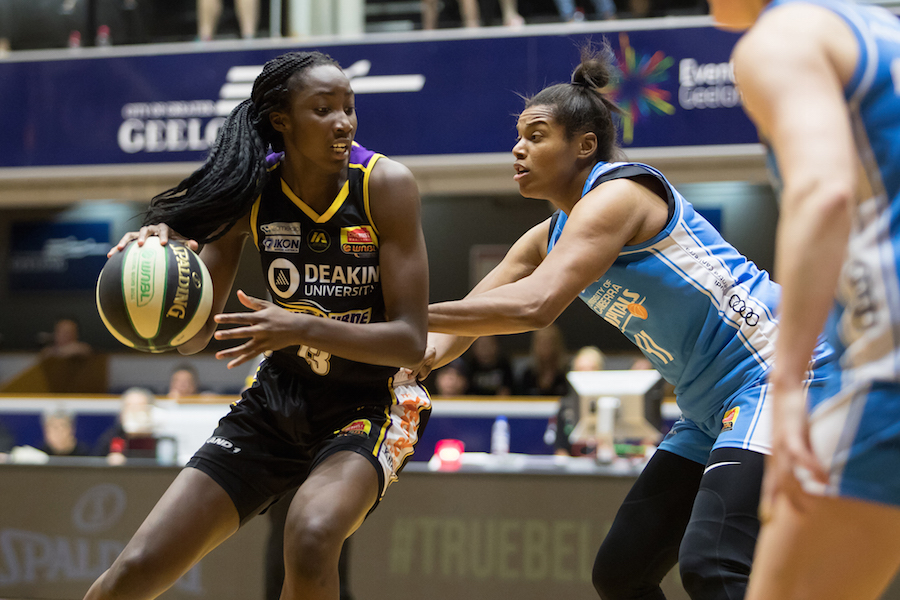 Boomers Fall To Canberra Ahead Of Trip To Sydney

The Deakin Melbourne Boomers have lost their second game for the 2018/19 Chemist Warehouse WNBL season in a thrilling contest against the Canberra Capitals, going down 65-72.

In front of a loud crowd of just over 1,000 at the Geelong Arena, the Boomers home-away-from-home provided the space for another tough match, this time up against a talent-filled Capitals outfit.

The Boomers started strong offensively and got plenty of the ball but couldn’t convert it on the scoreboard, trailing by 9 points in the quarter break. Meanwhile the UC Capitals came out with a strong start and managed to score 21 points by first quarter time at a good clip.

The Boomers defence ramped up in the second and forced the Capitals to turn the ball over multiple times. But again, the home team just couldn’t get a run on the board and trailed by 17 points going into the major break – despite Ezi Magbegor’s 9 points in the first half.

The Capitals got to their biggest lead of 22 points as Melbourne continually missed opportunities. With the crowd urging them on, the Boomers finally found some rhythm at both ends of the floor and started to click in the second half.

They showed glimpses in the third of a comeback, but it was their last quarter that was most impressive. They managed to get the margin back to a close 6 points.

However, in the end the fiery start from the Capitals set the tone for the rest of the game and proved too much to hold off the hungry Boomers.

Magbegor finished the game with domination on the scoreboard totalling 19 points, with Allen (8asts) providing the matchmaker to many of the Boomers scores.

Maddi Garrick was back for her first game for the season and showed her much-needed talents finishing with 7 points, including a 3-pointer.

The passionate Geelong crowd enjoyed the contest before stepping on court and meeting their favourite Boomers players.

The Boomers now fly to Sydney to take on the Sydney Uni Flames this Sunday (October 21) for their second game for round two.